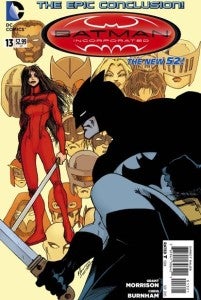 On Wednesday, Grant Morrison's final monthly issue of a Batman comic will hit the stands, following a run that's gone on the better part of a decade and has seen more upheaval and better critical and fan responses than almost any run on the character in recent memory.

"So now I think I’ve gone through every good idea I had for the character and there wasn’t really anything left," Morrison told the New York Post, who ran a preview of the issue (seen below) on their website. "...Until maybe I give it a few years and come up with something." 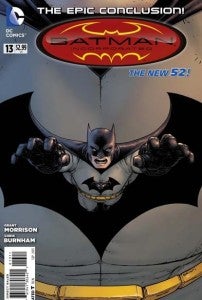 At right and above, you can see Morrison's own variant cover, guaranteed perhaps to be the cover of some deluxe hardcover edition sometime down the road. Morrison himself has been known to draw from time to time, but has rarely done published art for either of the Big Two publishers. Besides Action Comics #2, to which he contributed according to Comic Book DB, Morrison's only credited DC work as an artist is on collected editions, where it's likely concept sketches and thumbnails meant to edify the artist. Indeed, some at first assumed that the solicitation listing Morrison as the cover artist on the variant was a mistake.

Featuring a showdown between Batman and Talia al-Ghul, the woman responsible for both the birth and death of his son Damian, the issue brings a close to Morrison's run and, arguably, firmly closes the book on the pre-New 52 version of Batman.

While technically the Dark Knight moved to the post-Flashpoint universe with everybody else, Morrison's iteration of the character has frequently fallen back on pre-reboot continuity and stories to get to where it's going. It's been criticized by some other creators as playing outside of the rules but DC has been praised by others for allowing Morrison to finish out his sweeping epic without catering too much to the new continuity and new playbook.

Check out the preview pages below; the issue is on sale Wednesday. 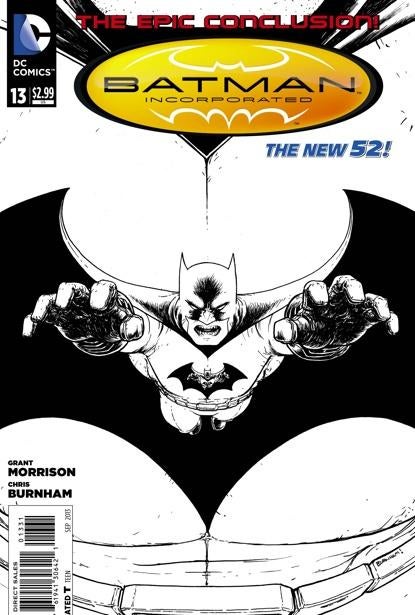 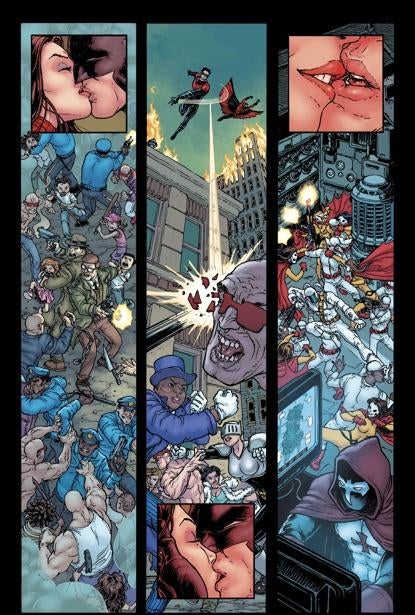 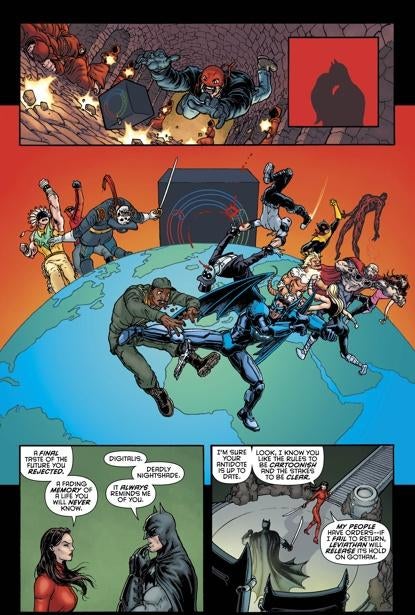 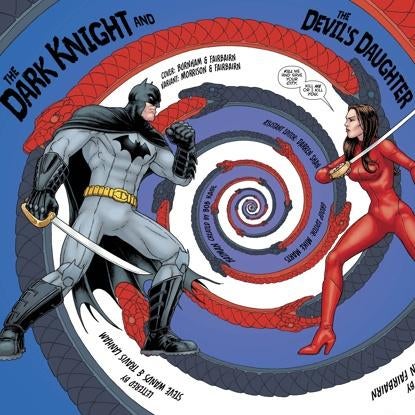