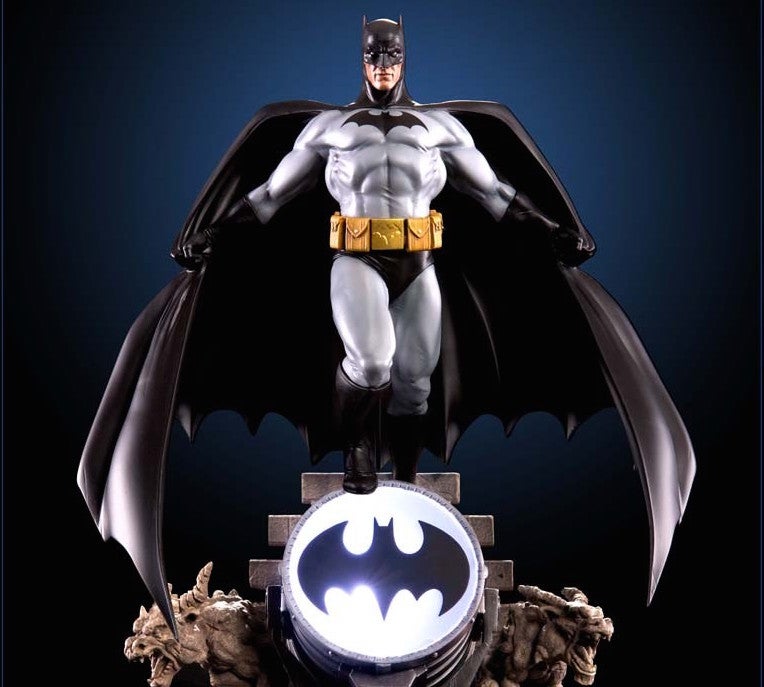 The Dark Knight doesn't do desks.

No, Batman prefers the dizzying heights of Gotham City's skyscrapers. Or, perhaps, your beige-painted walls. Either way, your Batman collection is about to gain some altitude when Pop Culture Shock releases their Batman Wall Statue later this year.

The Batman statue, which is PCS' first in a DC Comics line, laughs at the face of gravity with three dimensional statues that collectors can hang right on their walls. We only hope your drywall and studs are  sturdy enough for the Caped Crusader massive presence.

But why settle for one statue, when you can have two? This Caped Crusader comes in two flavors: One featuring his blue and gray suit from the silver age—for the optimists out there—and his colorless contemporary version. And since Batman thinks of everything, the statue even lights up with a functional LED light in the bat-signal base. Lamps are far too pedestrian for the World's Greatest Detective, anyway. 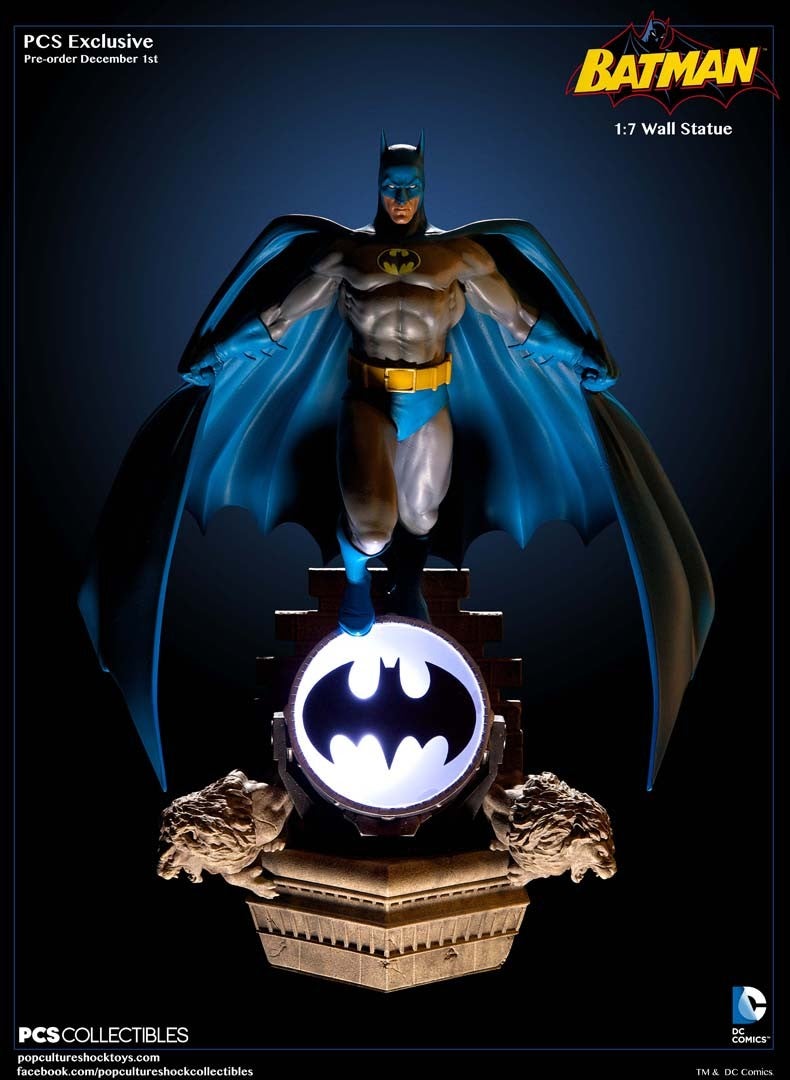 The statue will cost $212.49, but once you sell your now-obsolete display shelves, the price won't hurt too badly. They're expected to ship by November 29th.