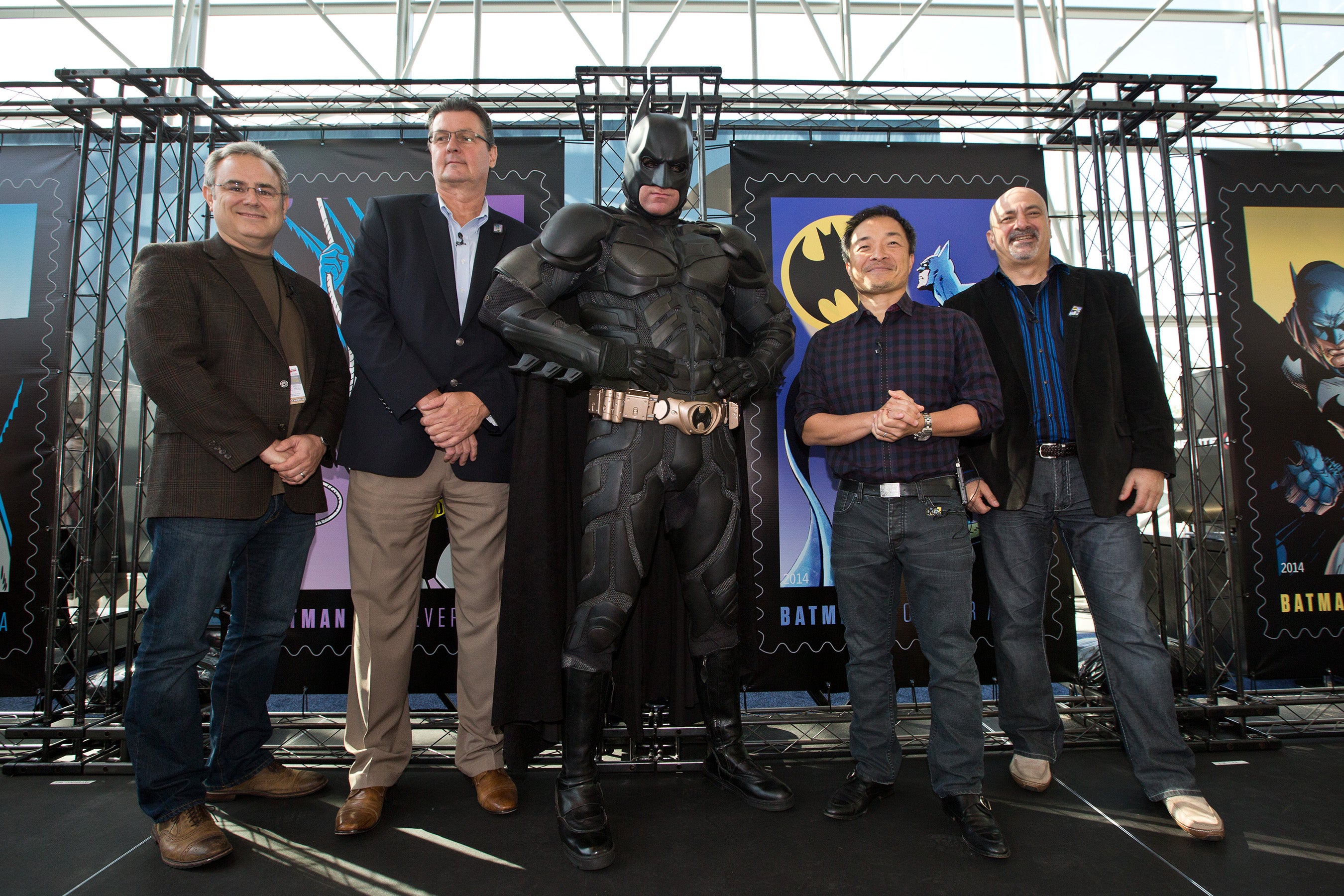 New York Comic Con started not with a bang, but with a stamp.

Oh, and a dude dressed like Christian Bale's Batman also hung around to strike some menacing poses.

"It is an honor to have the U.S. Postal Service feature the Caped Crusader on this new set of stamps in celebration of his 75th anniversary," Lee said at the ceremony. "Batman has inspired and influenced fans around the world for generations and will continue to do so for the next 75 years and beyond." 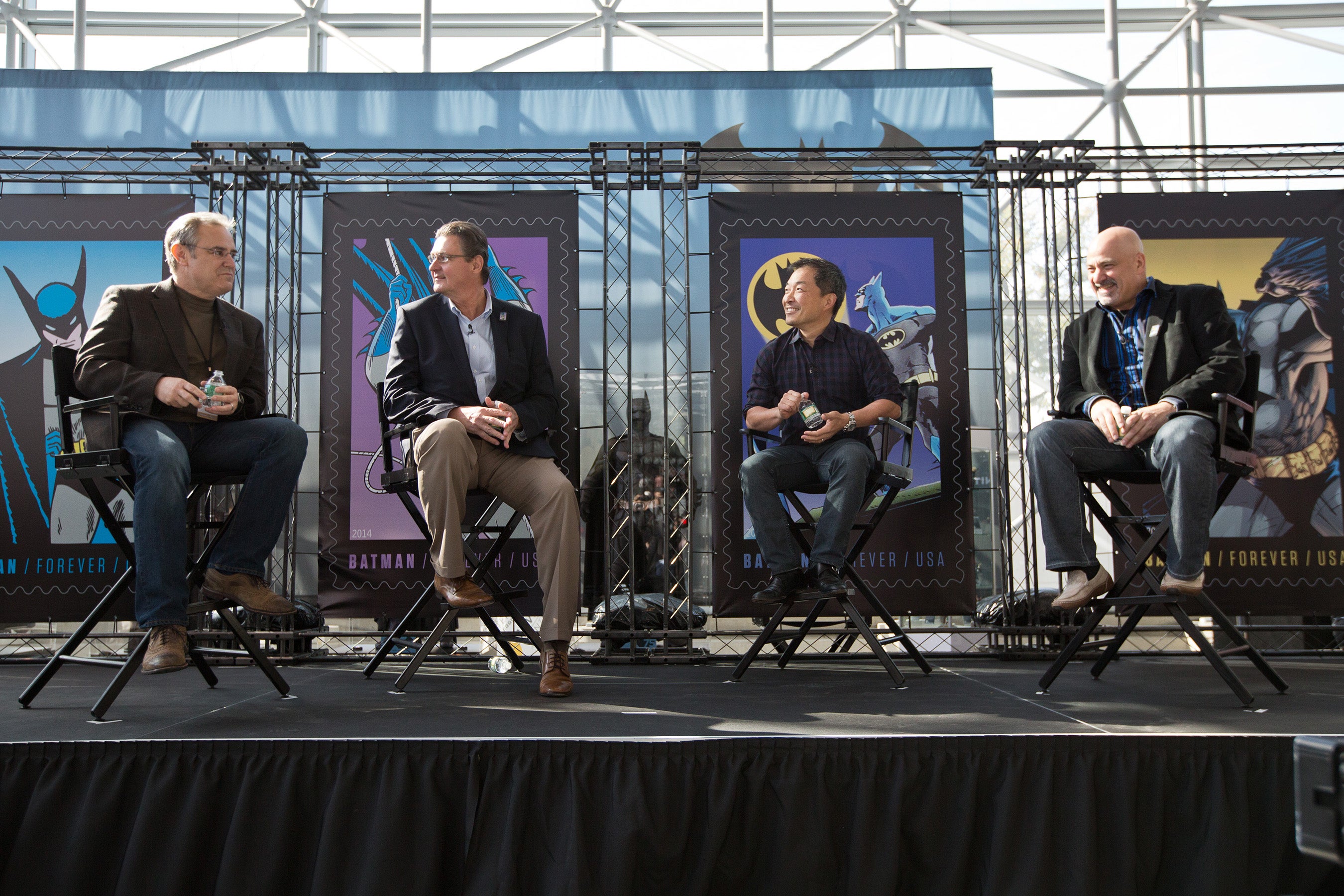 After they unveiled the stamps, Lee, Didio, Chochrane, and Breeding signed stamp sheets and discussed Batman's evolution as a pop culture icon. 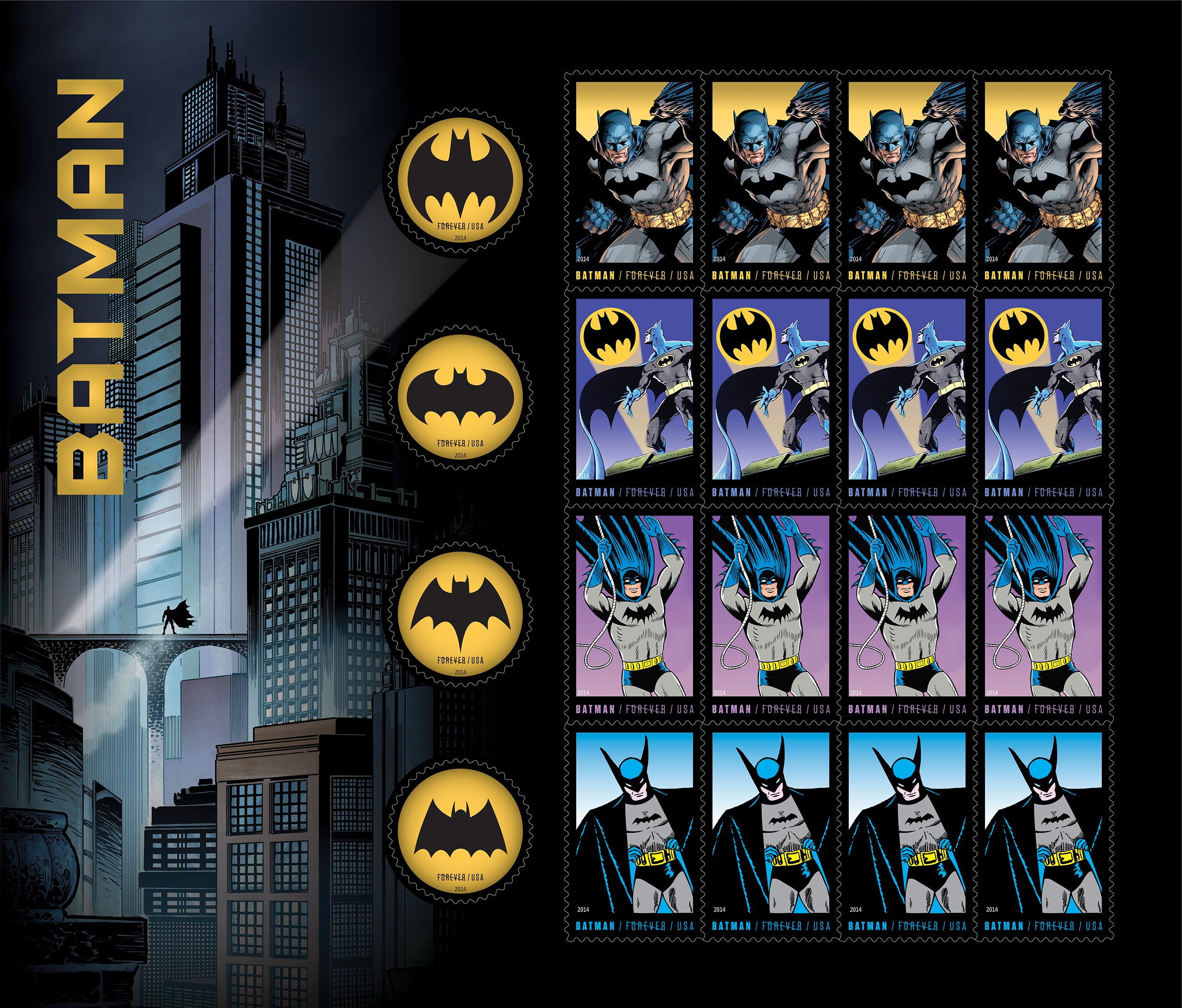 Fans can now purchase the stamps at their local Post Office or the USPS web store.