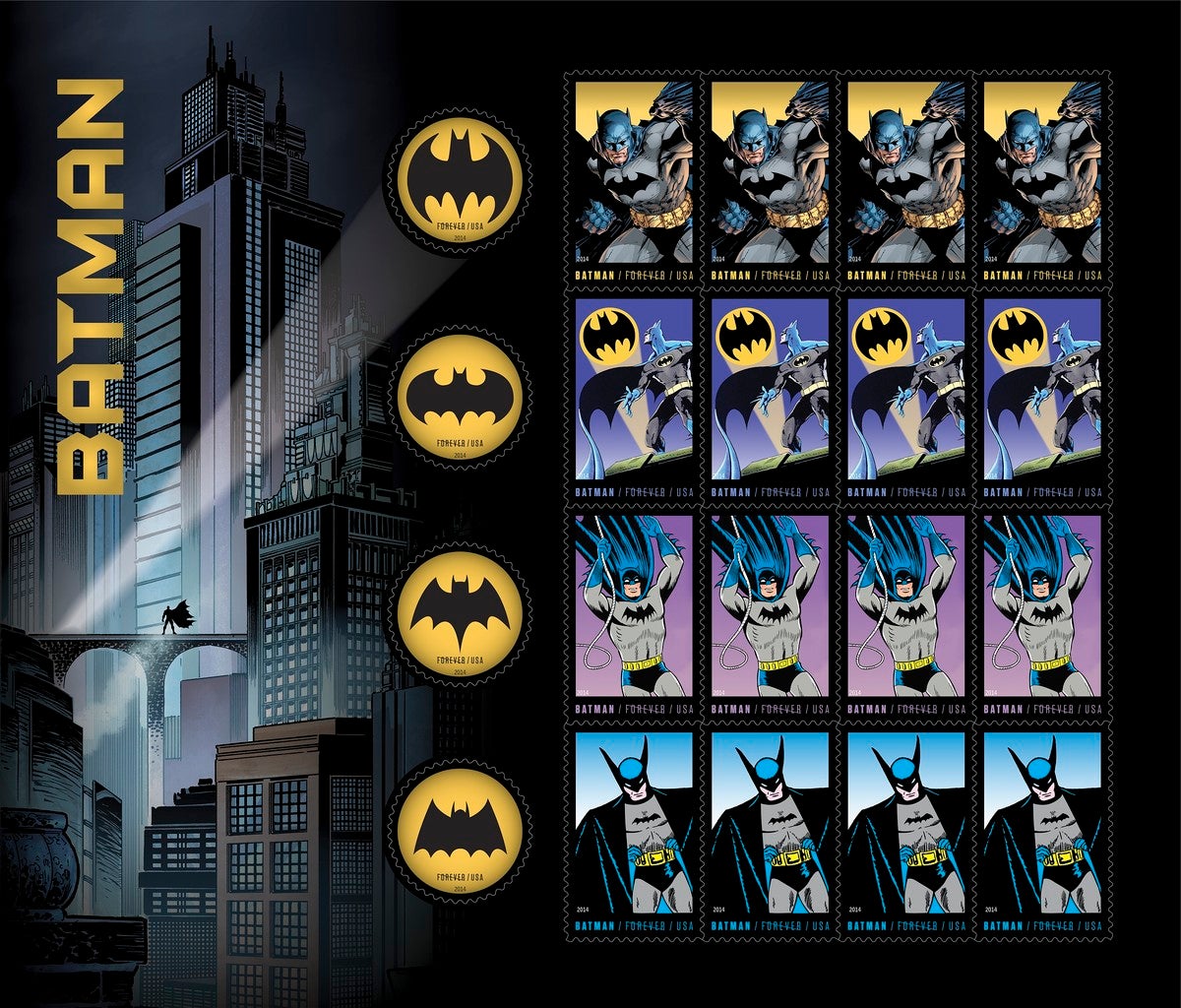 We all knew that Batman was the scourge of Gotham City's underworld, but now he's added a new member to his rogues gallery: Stamp collectors.

Soon after they debuted at New York Comic earlier this month, the Batman-themed US Forever Stamps have caused considerable backlash amongst die-hard stamp collectors. Stamp series like Batman's, according to Bloomberg Businessweek, make traditionalists think that the Postal Service will slap anyone on a stamp for quick profit.

"They have really ruined the stamp program," former U.S. Postmaster General Benjamin Bailar told the news site. "They have prostituted it in an effort to make money."

Collectors like Bailar believe that U.S. stamps should only commemorate significant benchmarks in U.S. History and important American icons. The last time we checked, Batman met both requirements. It is his 75th anniversary, after all.

Thankfully, those unappreciative to Batman's cultural contributions remain in the minority. The United States Post Office told Businessweek that the Batman stamps are indeed selling well and resonating with most stamp collectors.

"You've got people who are fans of an icon that collect Batman memorabilia," USPS spokesman Mark Saunders said. "It's a great opportunity to reach out to younger audiences, more people, to make stamps more relevant to everyone."