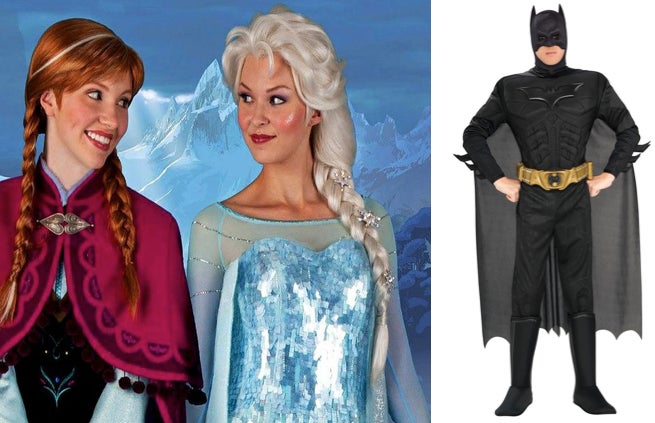 Walk into ay Halloween party, and chances are that almost everyone is dressed as a character from that year's biggest movie or pop culture phenomenon—or don't you remember the million stringy-haired Jokers that roamed every street corner in 2008?

This year appears to be no different. According to SLI Systems, an e-commerce provider for Internet and digital retailers, the most searched-for Halloween costume term for 2014 is Frozen, with a whopping 1,192,000 Internet searches. That's pretty impressive for a film that was released in 2013.

Frozen, the most successful Disney animated film in years, has held popular culture in its icy grip with numerous awards, broken records, and merchandise in every store isle. The major characters in the film, which you're most likely to share punch with on Friday, include Nordic Princesses Anna and Esla, love interest Kristoff, and talking snowman named Olaf.

But geekdom still pulled impressive numbers for this year's costume searches. Teenage Mutant Ninja Turtles came in at #8 with 536,000 searches, thanks to the Michael Bay-produced reboot. And rounding out the top #15 chart were evergreen properties "Batman," ranking #11 with 251,000 searches, and "Star Wars," ranking #15 with 148,000 searches.

I think the real takeaway here, is that Disney Princesses may come and go, but Batman always wins.

Batman, Star Wars, And Frozen Among Most Popular 2014 Halloween Costumes