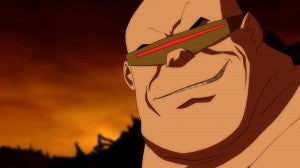 In a new clip from Batman: The Dark Knight Returns, famed voice actor Gary Anthony Williams, who plays the Mutant leader in the film, declares war on Batman. In addition to the clip, embedded below, Warner Premiere also released a number of photos of the character.

BATMAN: THE DARK KNIGHT RETURNS, PART 1, the next entry in the popular, ongoing series of DC Universe Animated Original Movies, arrives September 25, 2012 from Warner Home Video as a Blu-ray™ Combo Pack and DVD, On Demand and for Download. The PG-13 film is produced by Warner Premiere, DC Entertainment and Warner Bros. Animation.

Below is a link to an all-new clip from BATMAN: THE DARK KNIGHT RETURNS, PART 1 featuring The Mutant Leader giving his televised declaration of war on Gotham City, Commissioner Gordon and Batman. The Mutant Leader is voiced by Gary Anthony Williams, best known for his recurring roles on "Malcolm in the Middle" and "Boston Legal," as well as voiceovers as Riff Tamsom on "Star Wars: The Clone Wars," Uncle Ruckus on "The Boondocks," and Mongul in "Batman: The Brave and the Bold." Williams’ casting as the bad-to-the-bone Mutant leader belies his true calling in comedy – he is co-founder and artistic director for the L.A. Comedy Shorts Film Festival in Hollywood. 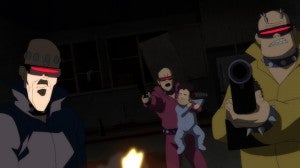 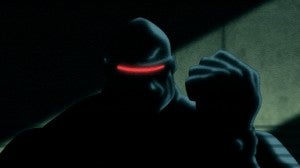 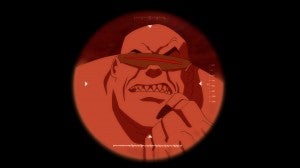 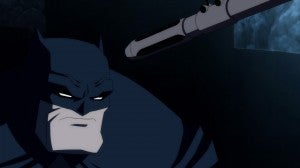