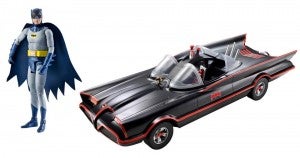 With just a day left until the beginning of this year's Toyfair, action figures are everywhere--even some that many hobbyists never thought they'd see.

It wasn't long ago that Warner Bros. announced that they would be launching a line of licensed products, including toys and collectibles, based on the 1966 Batman TV series starring Adam West. Well, now those toys are a reality, as they've started popping up on the web, showing up for preorder at retailers and on Facebook feeds.

At right, you can check out a look at the first Batman action figure modeled after Adam West, along with a Batmobile that DC will be selling as part of the set; below, check out The Riddler, as modeled after actor Frank Gorshin, a Penguin based on Burgess Meredith, and a closer look at Batman himself.

Street dates on these toys should be available over the weekend, or soon thereafter.

Legal troubles between Warner Bros., who own DC Entertainment and therefore Batman, and Fox, who own the show, have long kept the series from coming to video or merchandise from being marketed. 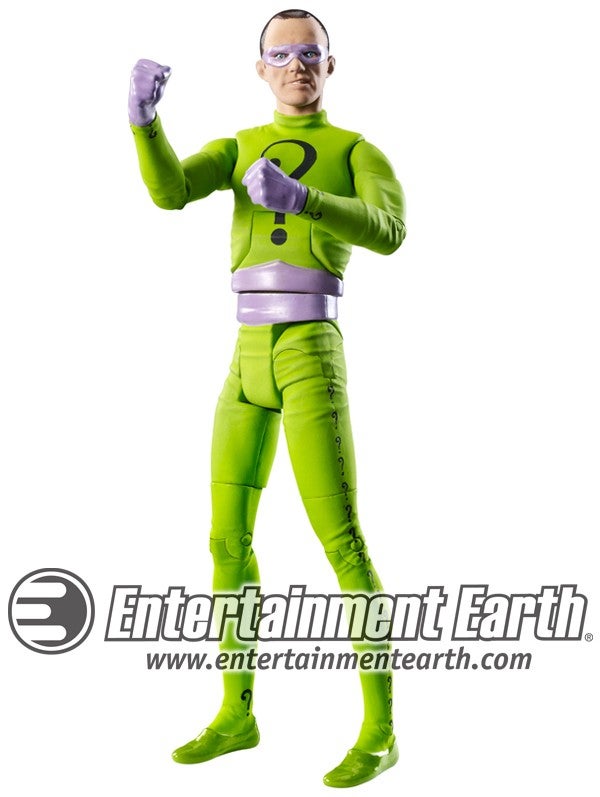 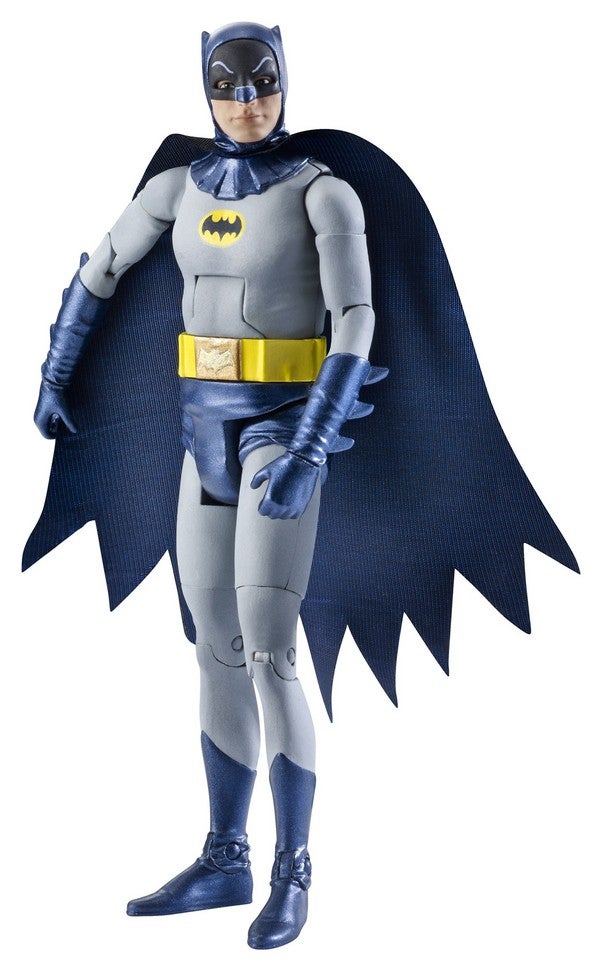