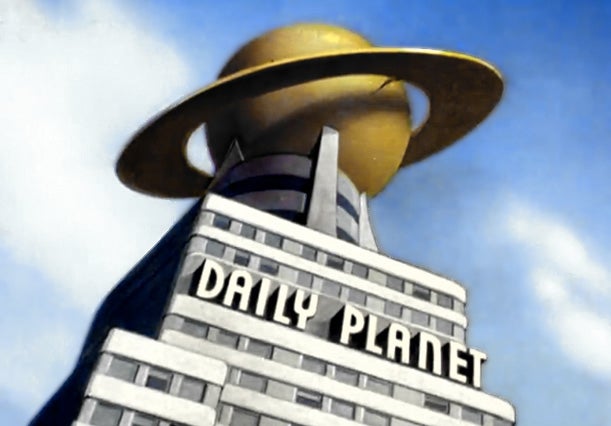 As the Zack Snyder film currently films in Chicago, production has taken place in city’s streets and office buildings. One of those buildings, on 111 E Wacker Dr. will apparently host Superman’s place of work, the Daily Planet. Earlier today, an occupant at 111 E. Wacker managed to snap a photo of the Daily Planet decal set on the building’s floor and posted it to Twitter.

While the Daily Planet was a central part of Batman Vs. Superman’s predecessor, Man of Steel, its iconic Globe logo was only teased in the film’s final seconds.

The leaked image above is the clearest look at the visual identity for Metropolis’ official newspaper, which will presumably play an even larger role in Batman V. Superman than it did in Man of Steel. Clark Kent will be employed there, while Amy Adams and Lawrence Fishburn will reprise their respective roles as reporter Lois Lane and Editor In Chief Perry White.