The news comes from the film's cinematographer, Larry Fong. In an announcement via Instagram, Fong posted "That's a wrap" with a short video clip of a black material being covered in snow. We're going deep into speculation territory with this one, but could that black material belong to Ben Affleck's Batsuit?

The snowy setting does conjure memories of The Dark Knight Returns #4, when Batman and Superman clash in a snow-swept Gotham City. That fight, and the entire Dark Knight Returns series, has been cited as one of Batman V. Superman's many inspirations. The graphic novel's creator, Frank Miller, is even serving as a consultant on the film. 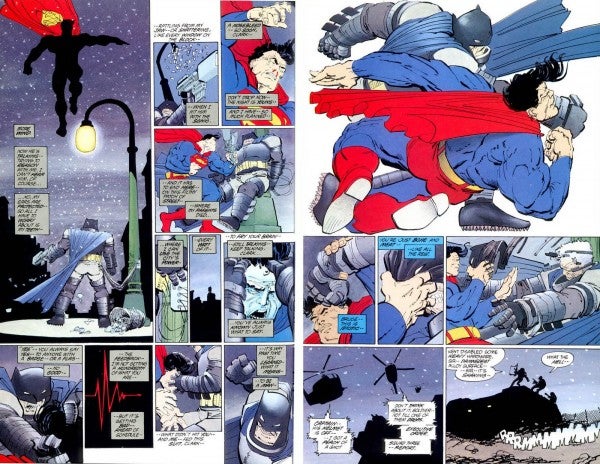