Batman V. Super-mania is in full swing as rumors of a teaser being released are getting closer and closer to an actual thing. So much so that Regal Cinemas has just revealed their locations showing the special trailer in IMAX.

Earlier today, the cinema chain Celebration Cinema, revealed its times for a 15 minute Batman v. Superman: Dawn of Justice IMAX trailer event on April 20th. It looks like Regal Cinemas is also getting in on the action.

It was a blink and you missed it moment, because the chain has since taken it down, but we managed to get you the list before they noticed. 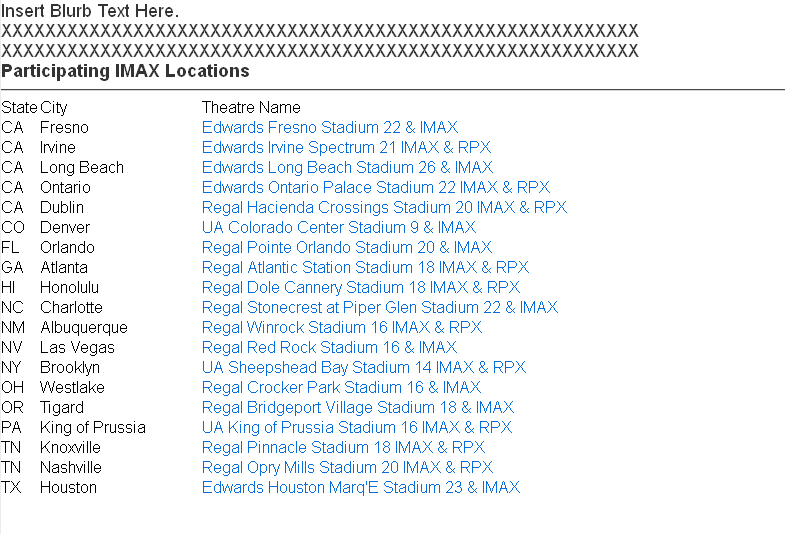 So what do you think ComicBook.com readers, will you be there on Monday to watch the trailer on the big screen? Let us know below!