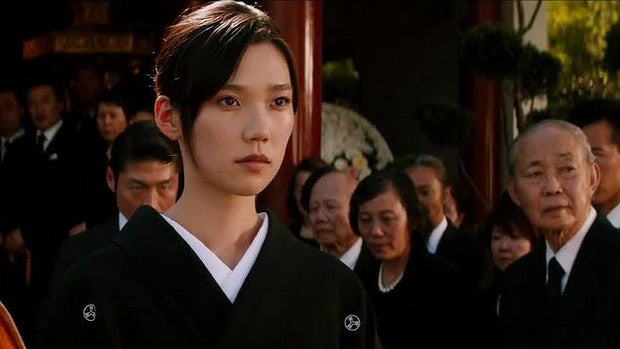 Tao Okamoto, who played Mariko in The Wolverine and will appear in Batman V Superman: Dawn of Justice, will join Bryan Fuller's Hannibal in a recurring role, Deadline reports.

They describe the role as such:

Okamoto will play the dark and mysterious Lady Murasaki, who possesses an alluring and classical beauty with a dark secret.

It's not yet known what role Okamoto will play in Batman V Superman, although persistent rumors are that she will play Mercy Graves, personal assistant and bodyguard to Lex Luthor.

Hannibal was developed for television by Fuller, best known for producing the comic book-inspired Heroes and the original concept Pushing Daisies, which was supposed to spawn a comic book adaptation from DC Entertainment.