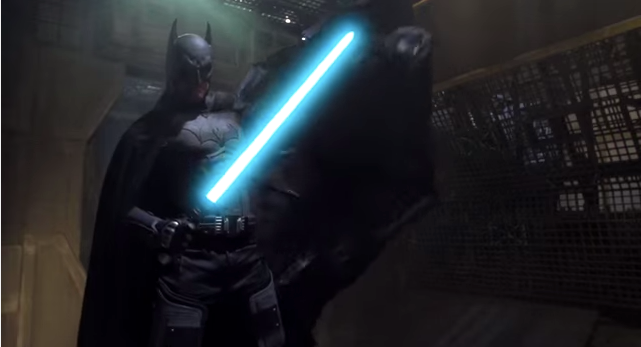 Well, the creators behind the star-studded YouTube series, where science fiction and comic book characters cross worlds for highly produced smackdowns, didn't. While the Dark Lord of the Sith trumped the Dark Knight in their first battle, Super Power Beatdown is changing their story with an alternate ending to Batman and Darth Vader's brawl.

Check out the video below for a Super Powered Beatdown that really emphasizes the "Super" part.

And in case you missed the first Batman versus Vader skirmish, you can see it here.

Let this be a lesson to Batman's enemies: His friends can beat up your friends.