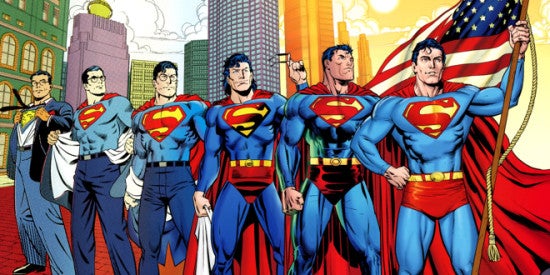 No matter how much time, effort and energy go into making the costume for a superhero "just right" in the movies, it's long been a tradition that the next time around, you've got to change things up. It doesn't always happen, but far more often than not you get a few little tweaks here and there.

Maybe it's to sell more toys. Maybe it's because something didn't look right onscreen when the director actually saw the finished film. Maybe it's changes in available technology or to the cinematic needs of the sequel. Heck, even a movie like The Wolverine--wherein the character doesn't actually wear a costume--saw Logan get sleeker, more James Mangold-friendly claws and hair.

So it's probably not too shocking that director Zack Snyder has a team already at work nipping and tucking away at the costume Superman wore in Man of Steel.

What do we think are the most likely things that'll be done between movies? Check 'em out below... 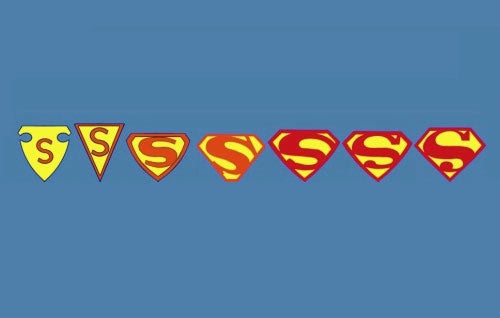 Popular candidates for a new "S" shield could include the Christopher Reeve look, the Kingdom Come look (which would retain the red-and-black look that was used in most of Man of Steel's marketing materials) and the John Byrne-era look with the looping bulb on the tail end of the bottom, which is the one we've all seen on t-shirts and merchandise for over 20 years now. 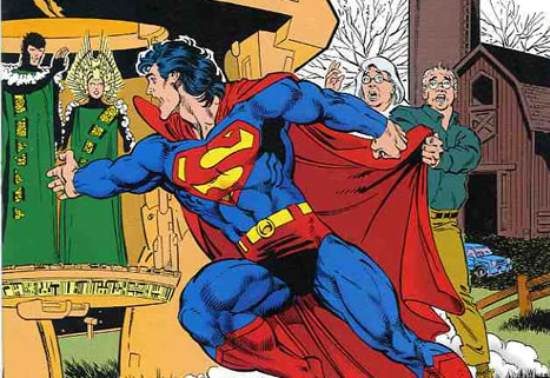 Another fairly safe bet--the S.W.A.T. Team color scheme makes sense when you're wearing ceremonial alien combat garb. But when you're the living, breathing, flying symbol of Hope, the brighter colors of Superman's traditional outfit fit quite a lot better.

And it would help to set him off from Batman's darker color scheme. 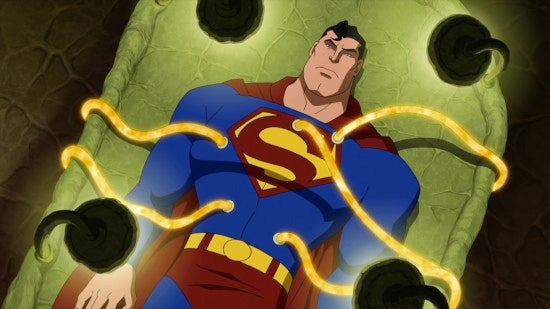 This one's simultaneously the most and least likely because of things that Snyder himself has said about Man of Steel.

The director claimed that he and his design team went through dozens of iterations of the costume, trying to keep the red trunks in the movie, but just couldn't crack a design that worked for the kind of film they were trying to make and the cinematic "look" of the Man of Steel universe.

That could mean that a change to the universe a bit (like, you know, creating a superhero universe rather than just a "first contact story") could make them work a bit more. Of course, it could also mean that there's just no way of making them work to Snyder's satisfaction. 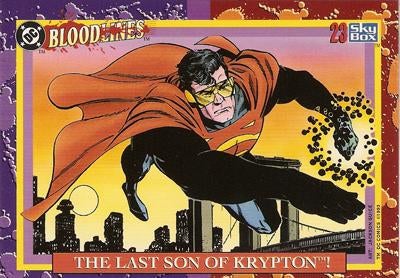 This seems like a long shot, right? Well, maybe not.

One of the arguments for the red trunks is that it breaks up the solid wall of blue. A variation on The Eradicator's costume from Reign of the Supermen would accomplish the same thing, while adding gloves to Superman's costume. Is there a particularly good reason for them? Well, an argument could be made for  yes.

Most people don't question the fact that Clark Kent is a reporter; it's just a given because he always has been in the comics. Onscreen, though, we just saw him start his first day at work at the Daily Planet and the "real-world" aesthetic that Snyder and writer David S. Goyer are going for might require some thought being given to the fact that the world isn't in 1938 anymore, and the idea of a government that was just a few weeks ago following Superman around with a surveillance drone going after his fingerprints once he's done saving the day isn't that farfetched.

What's that got to do with him being a reporter? Well, we live in an age where if you're a reporter who's on the scene of anything even remotely controversial, there's a decent chance you'll be detained or arrested. I lived in New York and knew a great many reporters who were arrested while covering Occupy Wall Street because they didn't move out of the way fast enough, presented non-local or otherwise unfamiliar press credentials to the police, or were just caught up in a group where the police were too busy/preoccupied/angry to check credentials individually and herded people into detainment. Four out of every five reporters who were detained were arrested--and yes, the booking process included fingerprints.

Yeah, Clark Kent could probably provide a "reasonable doubt" defense against being Superman by simply making sure to be seen covering Superman's activities and touching stuff...but first of all, Lois is going to get that beat, since she has already got an established history with the alien. Secondly, that won't fly if Superman's fingerprints are being taken off a deep gouge in the nosecone of a jet he just saved from crashing. Odds aren't good that, once it was on the ground, that kind of item (or even the Fortress computers which, incidentally, are already in government hands at the start of the second movie, according to the viral site for the first movie's home video release) would see reporters close enough to touch it.

So, given that we know the Death and Return of Superman arc is a favorite of Cavill's, maybe we see something like this in the new film? 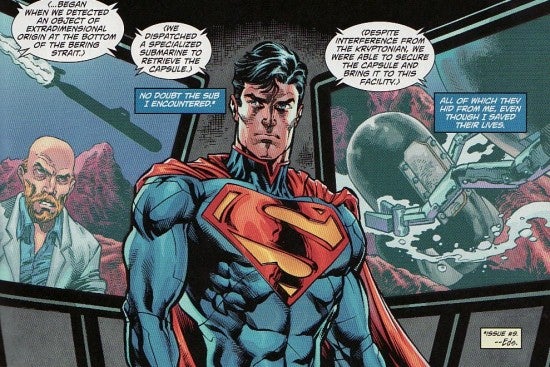 This one would really constitute a "tweak" and yet still be a change. The Man of Steel production team didn't know what the new Superman costume looked like during production, but now that we've seen the look of the New 52--one that's conceptually in line with Man of Steel but still has the red belt to break up the color, the tweaked logo to sell more toys and t-shirts and the added benefit of being something familiar to comics readers. It could happen.