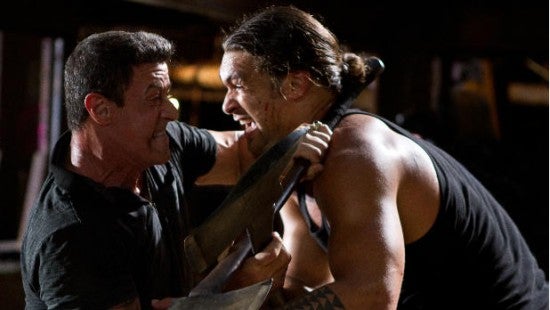 Actor Jason Momoa may have denied claims that he will be involved in Batman vs. Superman - but that doesn't stop speculation as to whom he might play.

Badass Digest reports that they've got "a very, very trusted source" that Momoa is or at least was "definitely" up for the role of Arthur Curry/Aquaman in the film.

Of course, that would make him the second actor today to get Aquaman speculation going around him--but the first one (Josh Holloway) was more speculative on the part of the reporter and not actually sourced as being Aquaman. 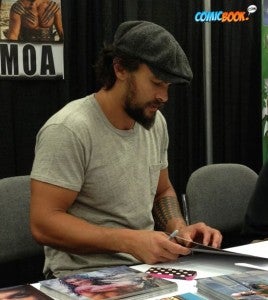 Here's the money quote from the Badass Digest piece:

I was recently told by a very, very trusted source that the role Jason Momoa was up for (but is currently denying) is definitely Aquaman, but it's essentially a cameo setting up the next movie. Momoa's denials today could just be a smokescreen intended to protect the surprise nature of the cameo, although if the films are shooting back-to-back we'll know soon enough.

The actor was reportedly up for the role of Drax the Destroyer in Marvel's Guardians of the Galaxy but reportedly couldn't come to an agreement with Marvel over the money. He has, though, starred in a comic book movie: as seen above, he was one of the villains in the Sylvester Stallone-starring graphic novel adaptation Bullet to the Head, which came out in 2013.