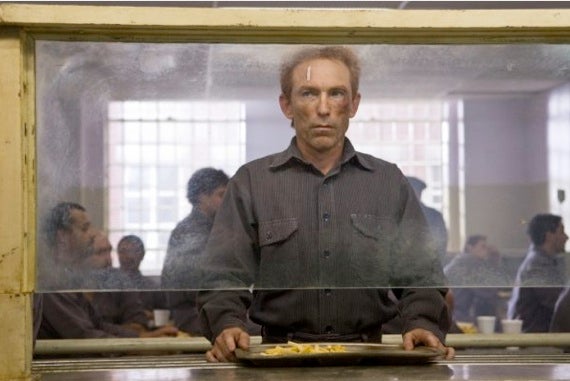 According to Latino Review's chief reporter/scooper/rumor-monger El Mayimbe, Watchmen star Jackie Earle Haley auditioned for an unidentified role in Batman vs. Superman--but he didn't get it.

Nevertheless, assuming this is true, it's the kind of thing some fans on social media are already thinking could give them a sense for what Snyder is looking for in whatever character this is.

"TWITTER SCOOP! JACKIE EARLE HALEY auditioned for a role in BATMAN VS SUPERMAN but they passed on him. Gee, I wonder what he went in for?" joked El Mayimbe, presumably suggesting that it was for Lex Luthor (since Haley is bald). Other names, of course, have come up in response, including Metallo and Commissioner Gordon.

He also recently tweeted that Gal Godot is the front-runner for the as-yet-unidentified lead female role, thought by many to be Wonder Woman but often debunked on the logic that Wonder Woman, if she appears, is unlikely to play that large a role in the film.

Also, for the trifecta over the last twenty-four hours, he waded into another Batman vs. Superman rumor mill, claiming that a broad report coming out of Comic Book Movie wasn't true.

The report, which claimed that Lex Luthor would be depicted much differently in the film than he has in the past, including constructing a battle suit from salvaged Kryptonian technology, also said that Grant Gustin (Barry Allen/The Flash from TV's Arrow) would make the transition to the big screen for a cameo in Batman vs. Superman, aimed at setting up the eventual Justice League film.

"Actors from CW Superhero shows don't cross over into WB Superhero movies. That is NOT how it works. Two different entities," El Mayimbe responded.