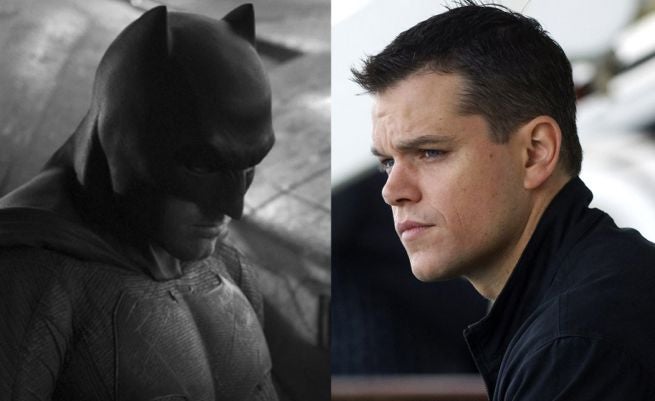 Who would win in a fight between Batman and Jason Bourne? That's the queston that Access Hollywood posed to Ben Affleck and Matt Damon.

Unsurprisingly, they both wound up siding with the respective characters that they play on the big screen.

"Well, first of all, Batman is not real and Jason Bourne is," said Damon.

To which, Affleck responded, "If Batman is fighting Superman, I think he's a little past Jason Bourne."

Not wanting to let Affleck get the last word, Damon added, "I don't understand why Batman and Superman are fighting. I guess I'll have to see the movie."