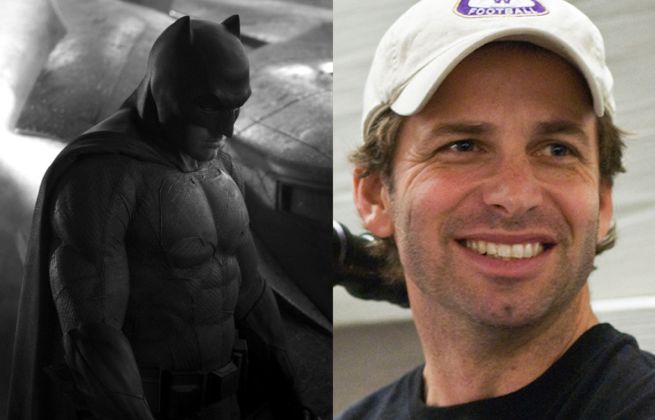 When Ben Affleck did the promotional rounds for Gone Girl, he was careful not to let too many details slip out about Batman V. Superman: Dawn of Justice. Affleck tried to keep the focus on Gone Girl, but he seemed to answer at least a couple questions per interview about his other highly-anticipated film, which was likely a smart movie because it exposed fans looking for Batman V. Superman news to Gone Girl.

During an interview with the Philippine Daily Inquirer, Affleck heaped the praise on director Zack Snyder.

"Batman has a great script," said Affleck. "It has a very talented director (Zack Snyder), a really strong, smart, robust and experienced studio behind it, so it’s very exciting."

Of course, one thing that Snyder has often been praised for is the visual style he brought to such films as 300, The Watchmen, and Man of Steel. Affleck has been impressed by both Snyder's energy and expertise with visual effects.

"Zack has more energy than anybody I know. He works as hard as anybody. He’s in the gym in the morning and storyboards every single shot, which is a huge amount of work," said Affleck. "So everybody knows what’s going on. He’s got enormous visual talent. I stand there and he sets up shots. We do the blocking and…I see a shot from Zack and I think, I never would have thought of that."

Affleck added, "He is so visually inventive so that’s quite pleasant. Action movies take a lot of days and involve a lot of stunts and visual effects—that combination and the story has its own challenges but I’m enjoying it. What I’ve learned from Zack in the movie are the cutting-edge visual effects—what we’re able to do now and how you integrate that into a story. He’s very gifted."

It's very interesting that Affleck says he's learning visual effects from Snyder. One of the things that has often been rumored is that Affleck hasn't taken on directing a large special effects-driven film because of his lack of expertise in that area. Could part of the reason that Affleck took the Batman role be so he could learn from Snyder before he tackles his own effects-heavy, big-budget blockbuster? Could Affleck star in and direct his own Batman movie?