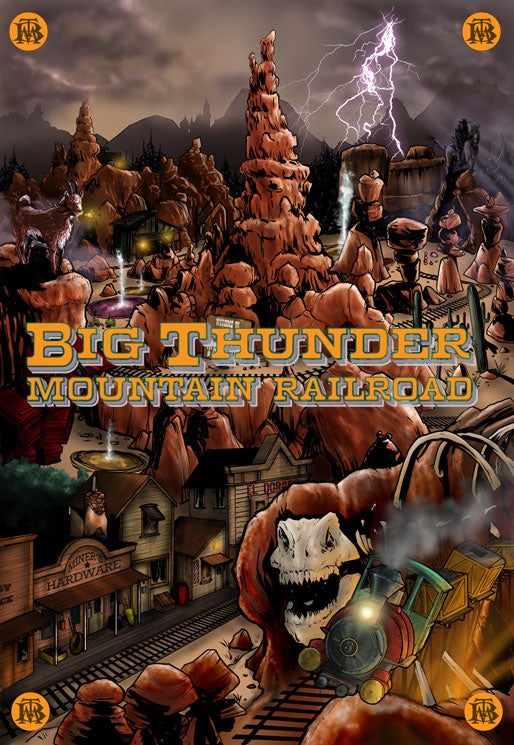 Marvel Comics will launch a new, five-issue miniseries in Spring 2015 titled Big Thunder Mountain Railroad, based on the Disney ride of the same name.

“This action-packed story by writer Dennis Hopeless and artist Tigh Walker will feature the never-before-told saga of how the gold mine in Big Thunder Mountain became the haunted legend it is today,” said Marvel's Bill Rosemann, who oversees the DIsney Kingdoms imprint for the publisher.

The Disney Parks Blog has the story; they say the series will be driven by Walt Disney Imagineering, as have been the other titles in this imprint, and that it will "include earthquakes, floods and, of course, dynamite-chewing goats."

According to the story, it will be a survival story set during the Gold Rush, with mystery elements sprinkled in. The image above appears to be a promotional poster/image, not the actual first cover.