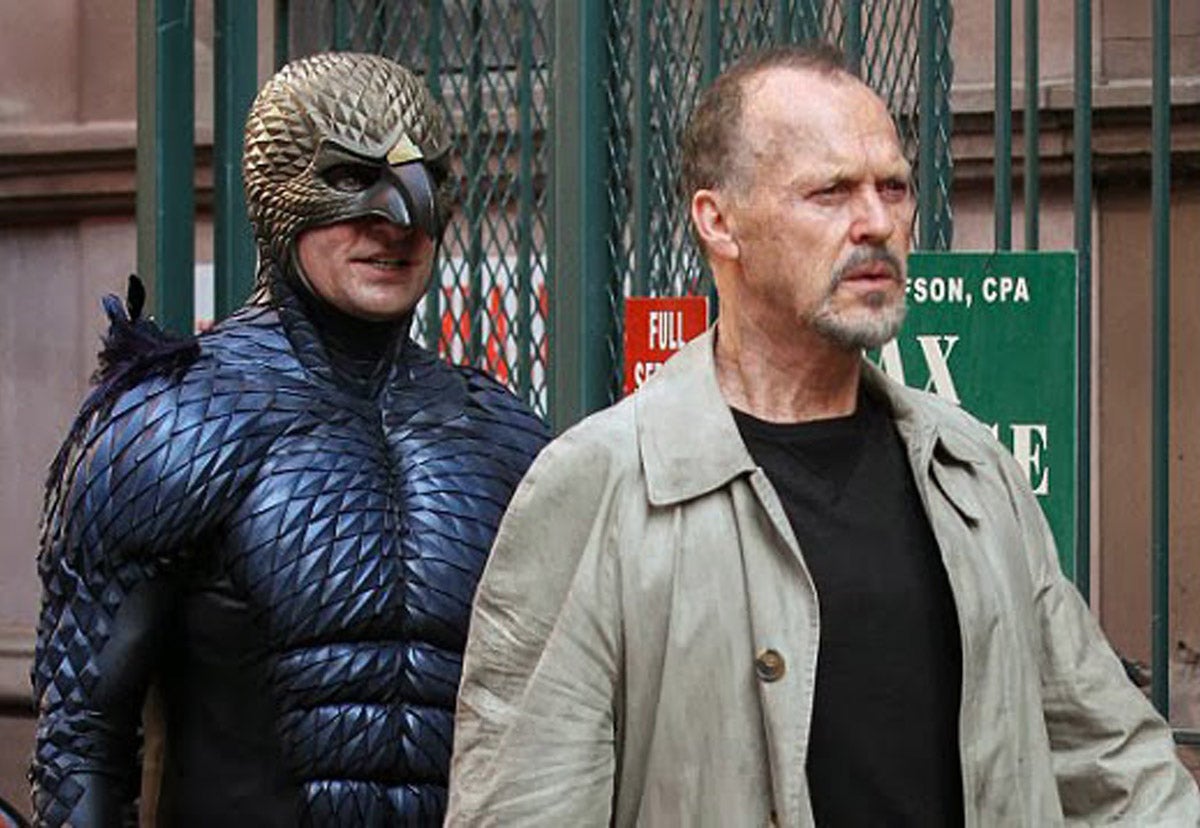 There is a lot to like about Alejandro González Iñárritu’s newest film Birdman. Like his previous films it manages to both capture a compelling story and to tell it in an even more interesting fashion. Birdman is a film that must be experienced in order to fully understand its intentions and meaning. It brings with it an energy that is comparable to that of a live theater production. Detailing the plot and presentation of characters alone can hardly affect the how and why of the movie.

The film centers on Riggan, a washed up actor who once made a famous series of superhero films played by Michael Keaton. Riggan is bringing an adaptation of Raymond Carver’s short story “What We Talk About When We Talk About Love” to Broadway as the play’s writer, director, and lead actor. The play is a desperate last attempt to regain artistic credibility long denied to him by his role as Birdman. His family, friends, and fellow actors, all of whom are eccentric characters incapable of providing consistent support for Riggan, surround him.

Iñárritu composes almost the entire film in a single tracking shot that follows the action within the theater never moving further than a block away. The composition of the film first becomes obvious a few minutes into the film when it becomes apparent that several scenes have been navigated without a single cut. The use of a single tracking shot is natural enough that it rarely becomes intrusive, but its effect continues to resurface throughout the film in moments where it is made to be obvious.

It is not a gimmick, but a purposeful choice and one where the ultimate effect far outweighs any potential distractions it creates. The tracking shot functions to trap viewers in Riggan’s world. Once it becomes clear that there will be no cuts in Birdman, the audience must accept that they cannot escape any scene no matter how awkward or horrifying. When Riggan’s daughter Sam (Emma Stone) derides him as an artist, father, and man, the audience is stuck with them both in the room after she is done speaking. They must both live with the cruel exchange of words and so must we. The tension in scenes like this one throughout the film is palpable.

The never-ending movement of the camera also helps to capture the propulsive action of live theater. In a live performance there are no second chances or takes. The show must go on and it dominates the lives of all its players. Viewers who have participated in theater before will recognize the endless energy, both good and bad, as being part of the experience of working on a production. This all serves to reflect Riggan’s life as well. He is incapable of pausing the hundred problems shaking his world, but must respond to them or crumble under the relentless force of it all.

The supporting cast brings that same sense of propulsive energy to the screen as well. The characters in Birdman exceed being quirky and border upon nonfunctioning with a few rare exceptions. Unlike Keaton who is almost constantly under the camera’s gaze, the supporting cast can play up their roles in very dramatic fashion. Edward Norton as Mike Shiner, a Broadway actor with a massive ego and sense of self-worth, is dazzling. Norton plays Mike as a caricature of the pompous actor, one that is most likely based upon experience. Stone gives a similarly propulsive performance as a young woman recently returned from rehab. There is humor to be found in these performances of easily recognizable stereotypes, but Norton and Stone both provide a depth of humanity that makes them impossible to ignore.

Zach Galafianakis is given a smaller role as Riggan’s best friend and lawyer. Even with less screen time, he manages to embody the comic nature of Hollywood that transforms people into walking slogans. Galafianakis’ performance reveals the actor to be capable of subtle parody and character work beyond the madness of The Hangover series.

Keaton is burdened with carrying most of the film though. The camera does allow him to escape for brief spells, but he is never gone for more than a couple of minutes. He is unable to exaggerate himself in the same way his cast mates are and must form a more fully articulated character. He performs admirably in this position. Riggan is a fully formed human being with a wide variety of conflicting desires and emotions. Keaton’s more nuanced performance is sometimes overshadowed by those around him though. He manages to take the lead of the film when it is necessary though and delivers a stirring performance on the night of play’s opening.

The choice to cast Keaton in the lead role is hardly accidental. His performance as Batman in the Tim Burton adaptations is a purposeful parallel to Riggan’s own struggles. Iñárritu is not concerned with the role of superhero movies though, they are simply illustrative of the actual themes of the film. What Iñárritu actually wants to discuss is the balance between art and commerce.

The superhero genre is the most popular and best selling flavor of modern movie and makes for a potent counterpoint to Riggan’s struggles to create something meaningful on Broadway. It is the thing that gave Riggan fame and money, but did not leave him fulfilled. The shambles of his life is a testament to the hollow nature of the commerce driven films he is associated with. The central conflict of the film is summarized early in the screening when it is pointed out to Riggan that he has confused love and admiration.

Fans confront Riggan throughout the film; parents who want to show their children the star of some film that was popular twenty years ago. At the same time he struggles to achieve similar reactions from his own family and a critic from the Times (who functions as a metatextual critique on criticism). There is a need for love and understanding that he cannot obtain from the crowds to Times Square, but is uncertain how to gain from those he wants. Even when it appears that he might have found a solution to this central problem, there is a sense of ambiguity.

Iñárritu does not appear to possess answers for the questions he poses though. Towards its conclusion, Birdman begins to feel as if it is a few scenes too long. There are several moments that feel as if they could be the conclusion before the film moves past them. It is clear that the director is struggling with what he wants to convey and that the battle between art and commerce, love and admiration is not truly a dichotomy, but part of a more complex battle. It is something that Keaton and every actor in this film has struggled with and that Iñárritu now must tackle as he continues to draw more attention. This lack of a clear answer may be for the best however, as the question and manner in which it is posed are fascinating.

Birdman is a very well-crafted film, one that is as interesting for how it is constructed as the questions it eventually delivers. Even when Iñárritu struggles to clarify his intent and meaning, he manages to craft something worthy of exploration and viewing.

Birdman is Interesting in Style and Substance