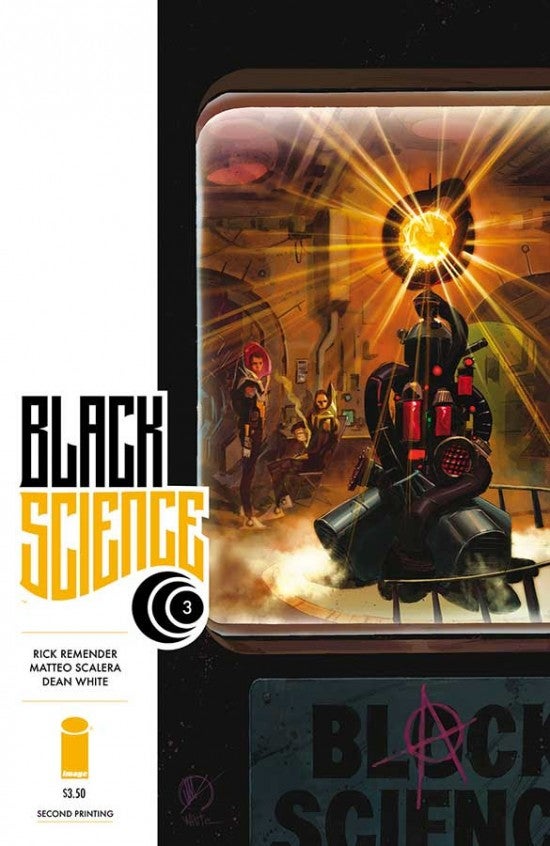 , the acclaimed Image Comics series from writer Rick Remender and artist Matteo Scalera, has sold its third (and third consecutive) issue and will head back for a second printing. In Black Science #3, a shell-shocked and battered Grant and his team are stranded on the front lines of the European soldiers' final standoff against the Sons of the Wakan Tech-Tanka. Black Science #3 has completely sold out at the distributor level, but may still be available in comic stores, and is currently available digitally on the Image Comics website and the official Image Comics iOS app, as well as on Comixology on the web, iOS, Android, and Google Play. Image Comics is pleased to announce that this third issue will be going back to print to meet customer demand. The second printing of Black Science #3 (Diamond Code DEC138449) will release on March 5. Black Science #4 releases February 26 and will be available for pre-order with Diamond Code DEC130562.