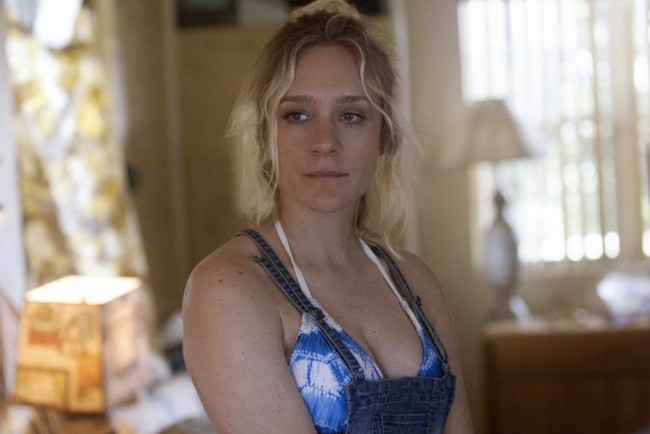 "Part 2" of Bloodline begins with another voiceover from John (Kyle Chandler), who calls his brother Kevin the "hot head" of the family. We see Kevin (Norbert Leo Butz) sitting in the center of a room where the window is broken, along with other general signs that someone's angrily torn through the place. It's raining – just like in the previous episode's scenes where John was shown blowing up Danny's body.

It's still late at night in the present, when Kevin tells their father, Robert (Sam Shepard), that Danny has left town. He then leaves with his wife Belle (Katie Finneran), who takes him somewhere to reveal something that he needs to get off his chest. At home, Robert tells wife Sally (Sissy Spacek) that Danny has left, and she declares that she's "done with him."

Danny (Ben Mendelsohn) is shown getting into a van with his friend Eric (Jamie McShane), after John thought he would be getting on the bus. The two appear to be working together to steal gas, though Danny doesn't know the full scale of the project. Eric stresses the power of the people he's working for, saying "they're like the guys who coined the phrase, 'you don't f--- with these guys.'" They plan to meet in the morning.

The next day at work, John and Marco (Enrique Murciano) go over the autopsy report of the teenage girl that was found in the lake. She has third degree burns over half of her remaining body, though the official cause of death was drowning. Besides a few surface injuries, she was also found with fiberglass scrapings under her fingernails.

Danny wakes up at Eric's place, where he catches up with Eric's sister, Chelsea (Chloë Sevigny). Later, Robert is kayaking close to the shoreline when he sees Danny on the beach, who says he won't be coming back anymore after he leaves. Danny says he wanted to stay and work with his parents, so that they could "work things out" before they die.

The episode cuts to Kevin at the reception desk of a hospital. He's there to see Robert, who's in the ER for head trauma. Robert's unconscious, and the doctors are still trying to work out what's wrong with him. Danny – whose arm is now in a sling, brought Robert to the ER. In the waiting room, he tells his mother and siblings that Robert was kayaking when he collapsed. He claims not to have seen how Robert injured his head.

Kevin is furious, insisting that Danny must have done something, but John and Meg (Linda Cardellini), their sister, try to calm him down until they know what happened. John and Meg don't think that Danny could have hurt their father. In the waiting room, Danny tells his mother that he didn't leave by choice; he believes his father forced him to leave.

The three brothers talk outside the hospital, where Danny claims that he stayed just to have the opportunity to say goodbye to their father. He didn't want to "leave with any bad blood," repeating his story. Danny says he hurt his shoulder while dragging Robert's body out of the water. The three start shouting when a nurse with X-rays asks them back inside. John stays outside to call someone on the phone, requesting that they track down Eric, who's a parolee. 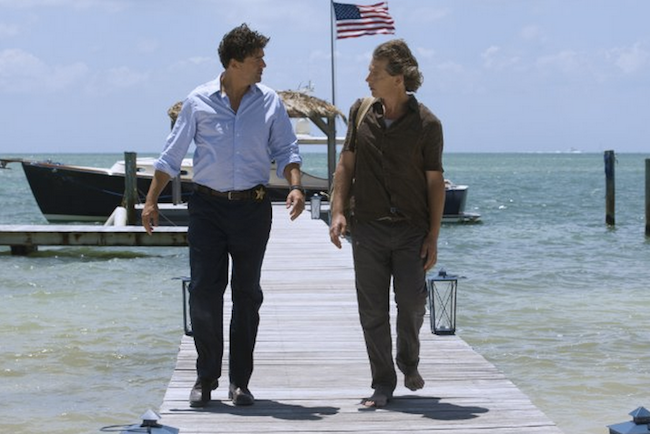 In a quick shot, Eric is shown waiting for Danny somewhere, calling his phone that keeps going to voicemail. X-rays reveal that Danny's new injury is fine, but he has an old, untreated fracture – the reasoning for his pain pills. He calls Eric, but it's too late for them to use a planned boat. Danny says he'll try to get one from his family.

John's wife Diana (Jacinda Barrett) gets to the hospital, and he tells her that the doctors think Robert had a stroke while on the water. A co-worker calls to say that Eric called in sick that day, so no one knows what he's up to currently. Soon after, a doctor pulls John aside to say that Danny may be addicted to painkillers. John has a quick flashback from when he was much younger, of Robert chasing Danny.

John goes to Eric's place but only finds Chelsea. She tells him that Danny stayed there last night but admits that she hasn't seen him since, claiming that she doesn't know where he or Eric is now. She flirts with him as he's leaving – calling him a prick once he's left.

Kevin returns to the hospital after he and Meg had been to the hotel to prepare for the night's event in their mother's absence. He learns in a conversation with Sally that Danny thought Robert wouldn't allow him to stay. Kevin calls John, angry that he lied to Danny about who made the decision, now indirectly blaming John for whatever Danny might have done to their father in anger.

Kevin finds the fishermen who drove Danny and Robert to the ER, and he pays them to share what they saw. One of the men says that Danny and Robert were in the water, thrashing. He adds that "maybe" one of them hit the other. When Danny saw them on the beach, he waived his arms to get their attention, and that was it.

Eric and Danny are shown dropping off the gasoline containers at a specific spot on the beach, for someone else to gather them. Danny calls Kevin to let him know that he's using the family's boat, but he says that he's just using it to help prepare for the event later.

John's flashback continues; Danny falls over, and Robert starts kicking him, hard. At home, John is about to confront Danny, when Kevin angrily approaches after hearing the fisherman's story. Danny admits to hitting Robert over the head with a paddle. Kevin starts beating on Danny, prompting John's flashbacks to start again. As his memories of Danny being beaten mix with what he sees in front of him, John snaps, tearing Kevin off their brother.

The episode cuts back to the beginning of the episode, when Danny met his father on the beach. Danny says that it's time for him to move on, saying, "No hard feelings, just, goodbye." Robert tells him that Kevin, Meg, and John made the decision to keep Danny away – not him. Danny watches Robert kayak away from the beach for about five seconds, before he simply falls over into the water. He runs into the water to help.

In an ending John voiceover, he wonders, "could this whole thing have been avoided?" Kevin is shown again in the somewhat-demolished room, when John enters. Kevin hands John an untraceable gun.