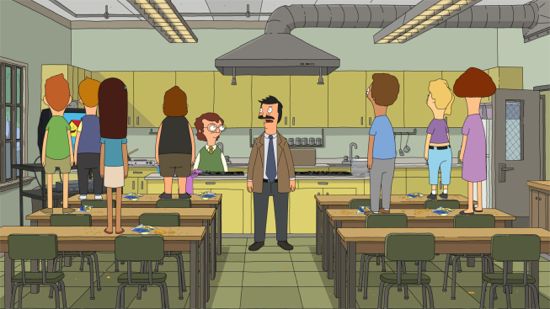 Bob's Burgers returns tonight with an all new episode. To Tina's delight, Bob becomes the substitute “Home Ec” teacher at her school and ends up creating a full-scale restaurant in the classroom. However, her excitement is short-lived as Bob's position causes father/daughter friction. But when Gene and Louise go to work for Bob’s “school” restaurant, Linda must fend for herself at the family’s “other” restaurant (aka Bob’s Burgers).