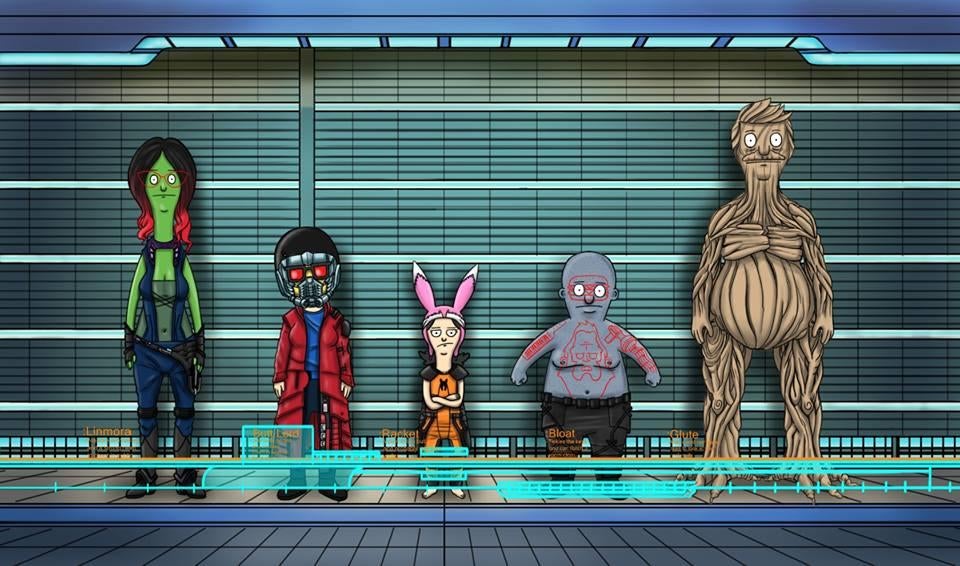 John Roberts, one of the stars of FOX Animation Domination's Bob's Burgers, has tweeted out the image above, recasting the show's characters as members of Marvel's Guardians of the Galaxy.

There's some fun attention to detail there, particularly on Gene's tattoos and in the captions. You'll also notice that Louise's Rocket Raccoon jumpsuit appears to have an UnderArmor logo on it.

According to the lineup, the characters are identified as follows:

This isn't the first crossover for the family, of course; on Archer, the title character (played by H. Jon Benjamin, who also plays Bob) had a psychotic break and briefly believed himself to be Bob, marrying Linda and working the restaurant. It ended...badly.

Gundam: The Witch From Mercury's Premiere Might Be Delayed

Spy x Family is Getting a Musical