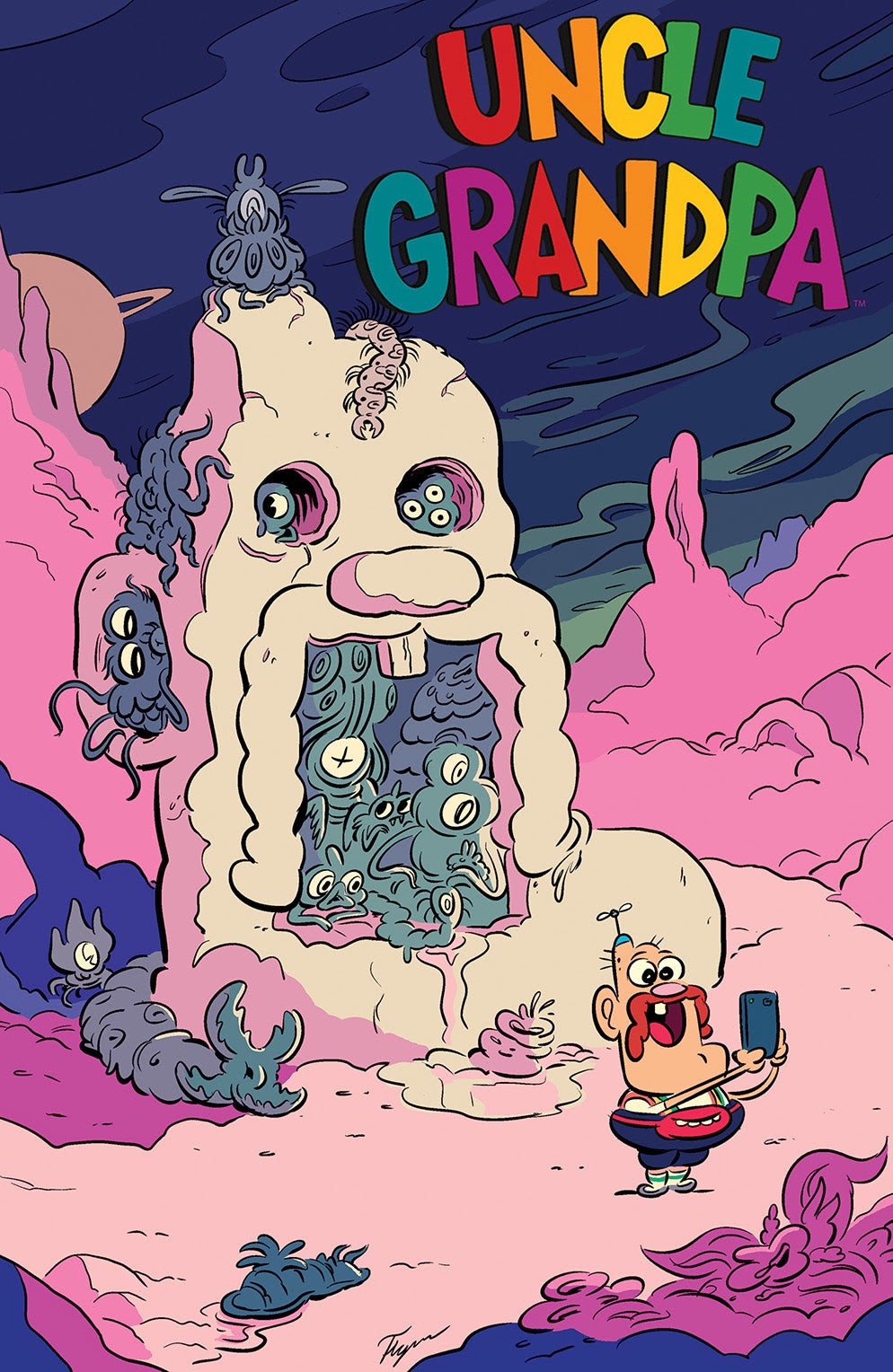 Earlier this year, KaBOOM!, an award-winning imprint of publisher BOOM! Studios, and Cartoon Network Enterprises, the licensing and merchandising arm of the network, announced their newest all-ages title based on the hit Cartoon Network series, Uncle Grandpa.

Yesterday, the companies announced further details of the comic series, including the release date and the creative team, which includes Zac Gorman, Kevin Burkhalter, Pranas Naujokaitis, Jimmy Giegerich and more.

Uncle Grandpa is the latest property to be encompassed by the new partnership between BOOM! and Cartoon Network, joining previously announced titles Steven Universe and The Amazing World of Gumball. The series will feature zany shorts, games, and strips starring Uncle Grandpa, Pizza Steve, Mr. Gus, and all of the other crazy characters from the hit Cartoon Network show created by Emmy Award nominee Peter Browngardt.

"This creative lineup for Uncle Grandpa is a powerhouse team, especially within this experimental and unique format," said BOOM! Studios Editor-in-Chief Matt Gagnon. "Having some of our brightest KaBOOM! veterans play in this world is going to ensure the very best (and craziest) adventures with Uncle Grandpa, Pizza Joe, and all of our favorite characters from the show."

At its core, Uncle Grandpa is a show about everyone's magical uncle and grandpa who travels around the world in a mystical RV. His mission is to help people wherever, however, and whenever they need it. Through his childlike and innocent ways, he finds unusual solutions to everyday situations. An eternal optimist, Uncle Grandpa's glass is always full of something delicious and he's always ready to greet the day (and everything and everyone) with his signature, "GOOD MORNIN'!" Uncle Grandpa debuted on Cartoon Network last September as the #1 telecast of the week among boys 6-11. Uncle Grandpa airs on Tuesday nights at 8 p.m. (ET/PT).

Uncle Grandpa #1 arrives in comic shops from KaBOOM! on October 1st with a cover price of $3.99. The main cover is illustrated by Bob Flynn.