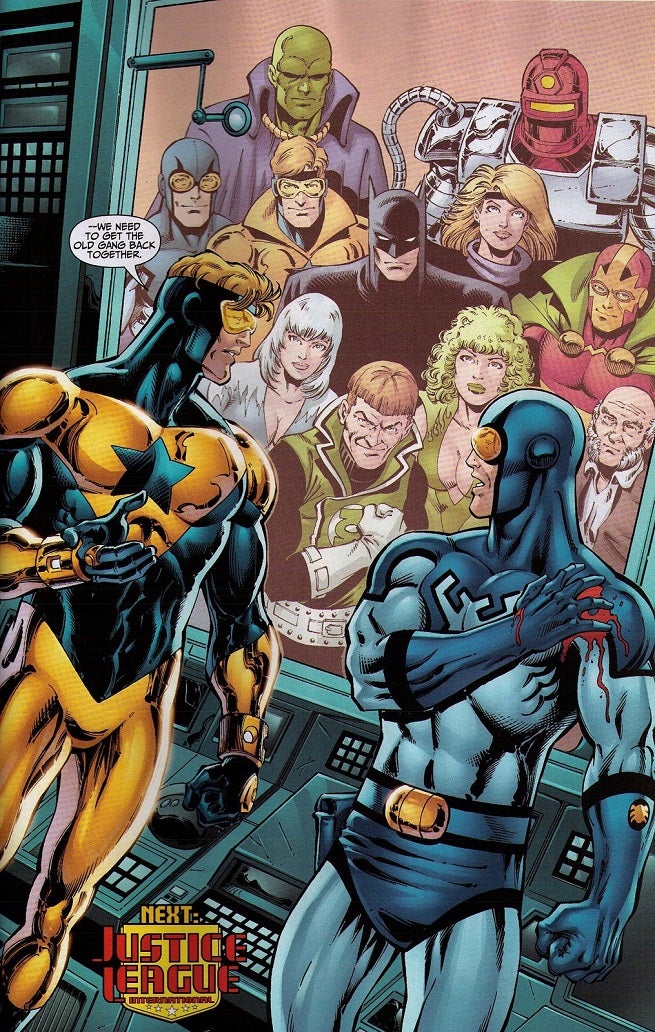 Apparently it's been a slow news day, because two stories that keep circulating through my Twitter feed are absolutely and self-evidently not true.

First of all, El Mayimbe from Latino Review is apparently just as exasperated at the rest of us at extras from the set of Batman V Superman: Dawn of Justice defying their non-disclosure agreements to share details of the film with the press -- and that the press is, for the most part, eating up their stories without much question.

(We noted when the first such report hit earlier this week that it seemed odd an extra would know that there's a female Robin in the script, unless that character played a role in a scene the extra was involved in, for instance.)

He responded with a joking tweet that low-level production hands on the film were sharing secrets online, revealing that Blue Beetle and Booster Gold of the Justice League International had been spotted on set:

This is some pretty obvious stuff, here. Gonzalez has been known to break news on Twitter rather than on his own site, but it's very rare and the last time I saw him do it, it was as a precursor to a longer story and he specifically asked other reporters not to embed his tweets without a link back. The idea that people working on a film of this scale would allow themselves to be quoted by department is wildly unlikely, let alone that it would happen twice. And while this reporter loves Blue Beetle and Booster Gold, the likelihood of them joining the Justice League as founding members on the big screen is...well, basically zero.

Still, a popular user-generated content site reported it as fact and by the time my Google News Alert hit my e-mail, a half-dozen or more of my friends had already retweeted the story. That it was lumped in with an actual Latino Review story from earlier in the day likely further confused readers who either thought the whole story was accurate or the whole story was a joke.

Later, El Mayimbe tweeted a few choice words for the comedy of errors:

"@CharredAznable: @elmayimbe So, this happened... https://t.co/dQfLGMks5X" I CAN'T BELIEVE A JOKE I TWEETED GOT TAKEN SERIOUSLY! Smh.

LooksI can't crack sarcastic jokes on Twitter anymore because they get taken seriously as news.