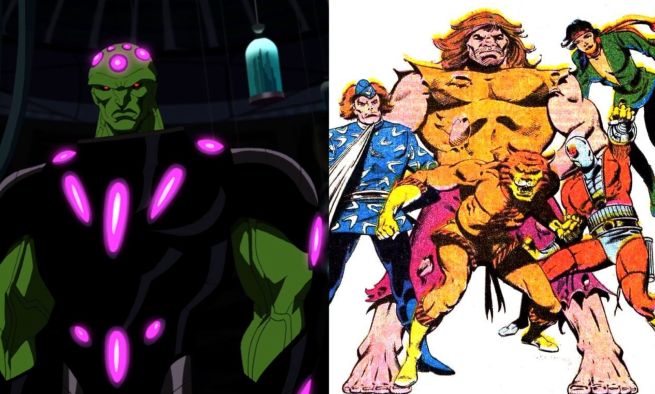 The latest batch of DC Cinematic Universe rumors are coming in, suggesting that Brainiac will now clash with The World's Greatest Superheroes in Zack Snyder's Justice League Film.

The rumor broke from movie website Latino-Review earlier today. Their report suggests that Brainiac will be introduced, or at least teased, in Batman Vs. Superman: Dawn of Justice's conclusion. This would pave the Superman villain's way for Justice League. As for where this development puts Darkseid, the long-rumored Justice League villain, remains unclear.

But that wasn't the only rumor that Latino-Review dropped. The site also said that DC has chosen their roster for the rumored Suicide Squad film. If Latino-Review is correct, the task force of DC outlaws would include Deadshot, Captain Boomerang, Vixen, Blockbuster, Multiplex, Jaculi, and Mindboggler. Save for Boomerang and Deadshot, that's a surprisingly obscure cast. However, it is possible that DC is trying to copy Marvel's approach to Guardians of the Galaxy, and angle The Squad as their own screwball gang of obscurities.