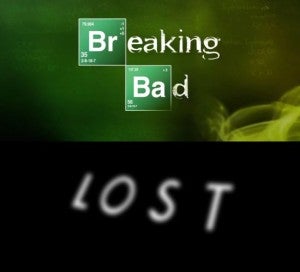 However, despite the similar shot, Breaking Bad provided a much different ending than LOST. In fact, many might argue the vibe of Breaking Bad’s ending was the exact opposite of LOST. The LOST ending attempted to preserve some of the mystery of the series and left many unanswered questions, which polarized viewers. Breaking Bad went the exact opposite route and wrapped everything up in one nice little package.

While it’s been over three years since the LOST finale, there are still quite a few people who are still upset by it, who have no intention of letting LOST co-creator and showrunner Damon Lindelof forget. Since the Breaking Bad finale, many fans have been tweeting out shots at Damon Lindelof, essentially telling him that the Breaking Bad finale showed the right way to wrap up a popular franchise.

To his credit, Damon Lindelof seems to be taking the criticism in good spirits, as he’s been retweeting all the angry tweets taking jabs at how he wrapped up LOST. Check out some of the tweets that Lindelof has retweeted below. 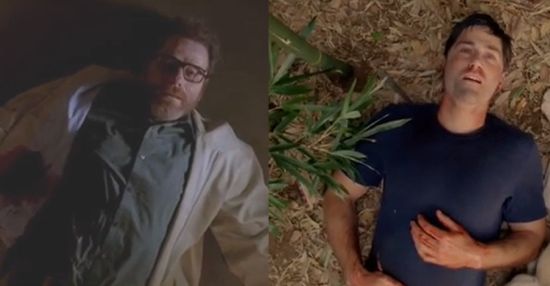 I really like @DamonLindelof but dude, i'd be crushed after that final scene in breaking bad, they practically laughed at your face.

@DamonLindelof LOST and Breaking Bad are very similar shows. Do you feel embarrassed by the way they showed you up all over town?

Hey @DamonLindelof THATS how you do a series finale. Not whatever the hell that crap was you did with #Lost. #GoodbyeBreakingBad — Pat Egan (@Pat_Egan) September 30, 2013

@DamonLindelof, I love you, but this #BreakingBadFinale has to be embarrassing for you.

Screw you @DamonLindelof for not giving us a such a perfect ending for Lost like Vince Gilligan did for @BreakingBad_AMC ! — Deb Della Terza (@ItsMeDeb) September 30, 2013

Vince Gilligan thanks for a brilliantly written #BreakingBad ending, @DamonLindelof @CarltonCuse did you take notes? #GoodbyeBreakingBad

I wonder if @DamonLindelof got the big "F*** YOU" that #BreakingBad used the same closing death scene as Lost, except this one didn't suck?! — Trent Durden (@TrentDurden) September 30, 2013

HEY @DamonLindelof MAYBE YOU SHOULD WATCH BREAKINGBAD SO YOU CAN LEARN HOW TO FINISH WHAT YOU BEGAN PROPERLY — João Victor Dutra (@sokeod) September 30, 2013