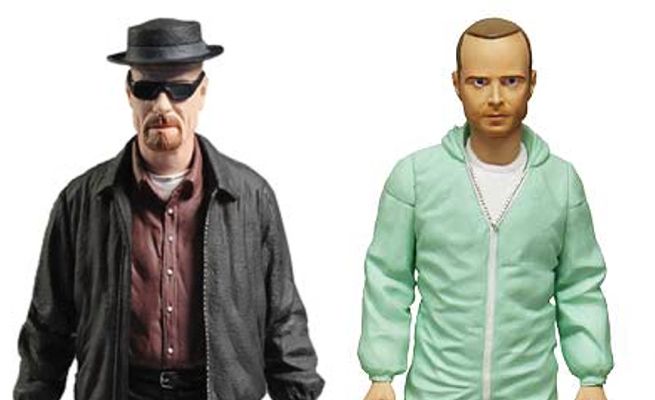 As is often the case, whenever people are told that they can’t have something, they just want it more. After Toys R’ Us gave in to a petition from a Florida mom and pulled Breaking Bad action figures from their stores, specialty collector shops are now seeing high demand for the figures.

According to Entertainment Earth, they’ve seen “sales of Breaking Bad merchandise skyrocket this week.” The specialty collector store, which caters to more mature collectors, is planning to get in new Breaking Bad exclusives and reorder some figures that they have already sold out of.

Prices on eBay of Breaking Bad action figures have also started to rise with many sellers calling out the Toys R’ Us ban in their descriptions. Breaking Bad figures that were available in Toys R’ Us stores last week for $14.99 are now commanding in the $60 to $125 range on eBay.

Breaking Bad stars Bryan Cranston and Aaron Paul have both weighed in on the Toys R’ Us ban. While Cranston cracked some jokes about the situation, Paul has started campaigning to get the Breaking Bad action figures returned to Toys R’ Us.

On Twitter, Paul pointed out that Toys R’ Us is still selling Barbie, which he called into question as being potentially more damaging. Paul also tagged President Barack Obama in a tweet about how serious he was about the whole Toys R’ Us thing.

Here's the petition to sign to keep the toys on the shelves! This would be so fun to show the Florida mom. YeahBitch https://t.co/8iEFsLBCIn

In addition, Paul pointed out Toys R’ Us was still selling violent video games, before directing his Twitter Followers to a petition to keep Breaking Bad toys on Toys R’ Us shelves.