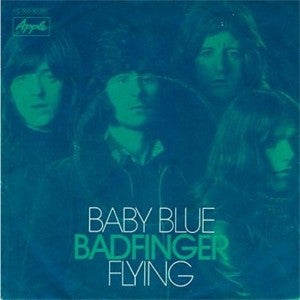 Golubic explained, “Vince always has a say. Breaking Bad is great because of Vince Gilligan's talent and generosity. He encourages all of us who work on the show - whether it be Bryan Cranston, Aaron Paul and the rest of the case, or Michael Slovis, our incredible Director of Photography or any of the members of his team, or the rest of the crew - to do our very best work, and he guides all of us to the best creative answers based upon the options we deliver to him. So, Vince has say in everything. It's his tireless work and generosity of spirit that make the show so special.”

In fact, it was Vince who suggested Badfinger’s Baby Blue that played during the finale. While Golubic was familiar with the song, he said, “It was Vince who pulled it from his iPod when he was first working on the final episode, which he wrote and directed. Before I saw the scene, I pulled together a number of ideas - one which I thought worked pretty beautifully against picture: The Bees "No More Excuses" - but once I saw that beautiful shot, and saw the scene in context, I realized why Vince was so strongly attached to the Badfinger song. It's tricky for us as music supervisors in that we keep pulling together ideas and revising them. None of us know the right answer until we are at the very end of that process and have cut and locked picture to work with. Vince is just really talented at knowing what the final effect he is looking for, and knew early on that Badfinger's ‘Baby Blue’ was the right choice for what he was looking to do. It took until the final picture was assembled that I was able to also see what a fantastic choice it was.”