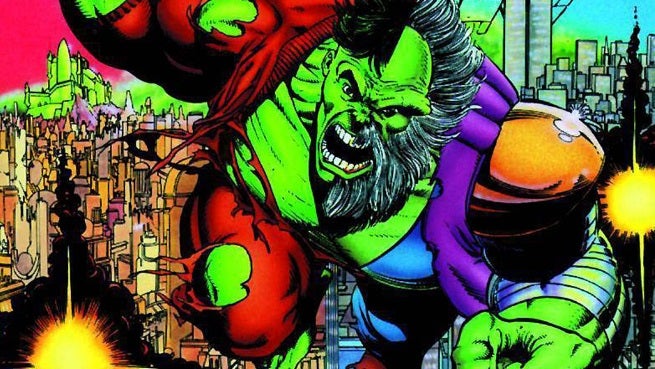 To get you up to speed and excited for the events, we’ve prepared a series of articles breaking down the events that were teased so that you’ll be ready to revisit them next summer. Today, we travel to Dystopia in:

What Was It? Future Imperfect is the crown jewel of Peter David’s 12-year run as writer of The Incredible Hulk, which remains, arguably, the most definitive take on the character. The Hulk is brought 100-years into the future by Rick Jones’ granddaughter, where the wars of humankind have finally turned the Earth into a wasteland. The one beacon of society left is a city named Dystopia. Unfortunately, Dystopia was built and is ruled by a mad tyrant called the Maestro. What the Hulk is sad to find out is that the Maestro is actually just the Hulk, made stronger and driven mad after absorbing a century’s worth of leftover radiation from the wars. It’s up to the Hulk to overthrow his future self, and give humanity a chance to rebuild from the ashes. 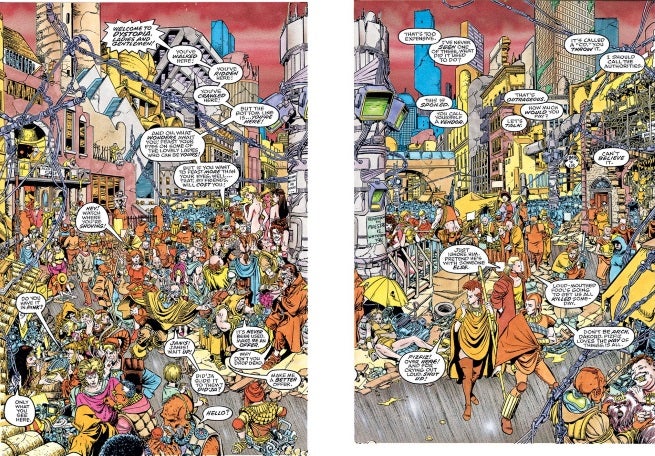 Was It Any Good? Yes. George Perez is a great artist on his worst day, but he works on another level in Future Imperfect. Along with colorist Tom Smith, Perez creates a Jordowsky and Moebius inspired, European style future that is simply beautiful to look at. This is a master class for Perez, and is worth the price of admission for the art alone.

Peter David also brings his A-game to this story. The plot itself is fairly basic, but the Maestro may be the perfect villain for the Hulk. He can match the Hulk in every way, but has a twisted enough personality to feel like a different character. Maestro’s torture of Hulk is sadistic, and his personality is petulant, egotistical, and duplicitous. These are all things that make him easy to root against, but the arguments Maestro puts to Hulk aren’t entirely without truth or merit, which makes him an interesting villain instead of just an evil one.

David also layers in poignant character moments that will hit home for Hulk fans, from the revelation of who “grandpa” really is, to how he finds out about Betty’s final fate, to Rick Jones’ funeral. Throw in some humorous Easter eggs, and add to all of that a pitch perfect ending, and it’s easy to see why Hulk fans hold this story in such high regard. Even if you’re not a Hulk fan, Future Imperfect is still just good comics. 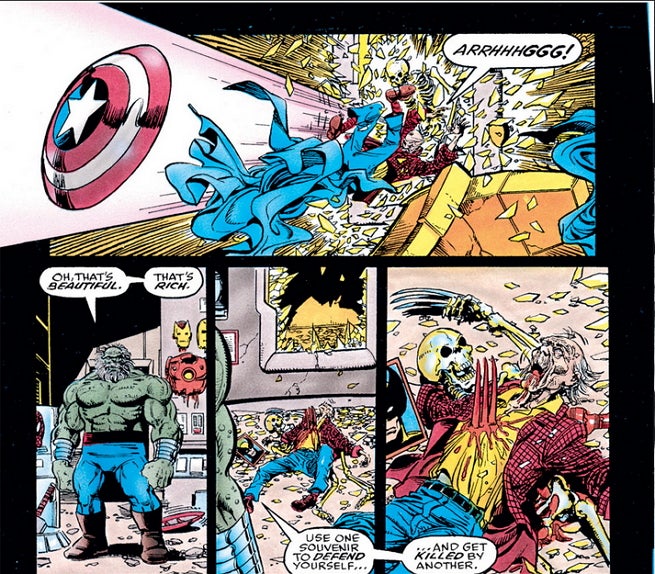 Significant Deaths: Once again, this is a dystopian future tale, so most everyone is already dead. That said, Rick Jones’s valiant death is emotionally moving for the Hulk, and the way Hulk chooses to honor is fallen friend is equally moving for the reader. Though it happens prior to the events of the story, Betty Ross’ death is significant for the Hulk, and the way she “helps” him in the final confrontation with the Maestro is a nice touch. 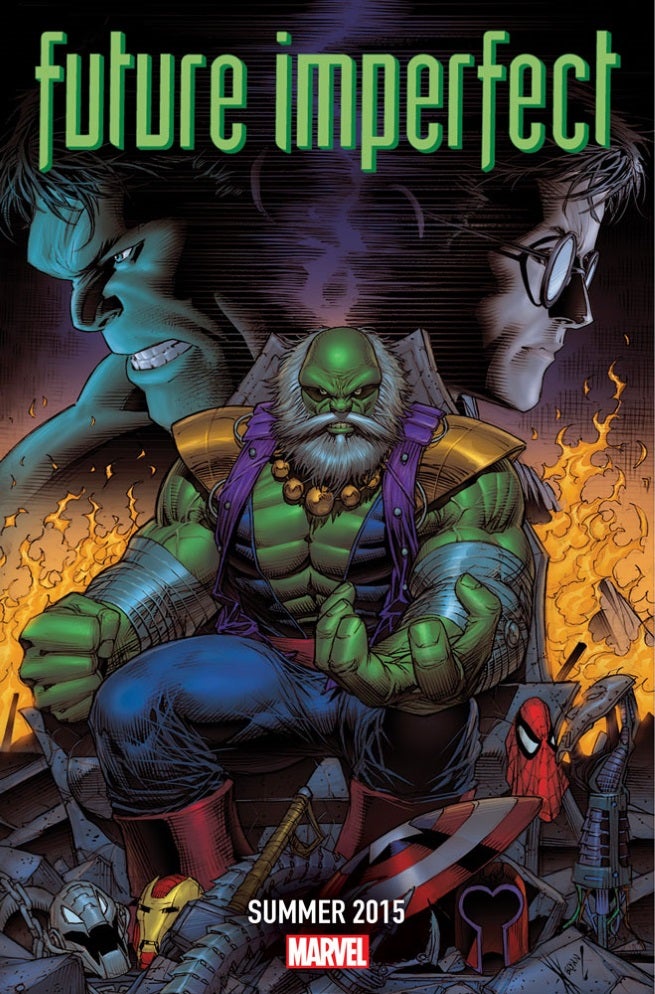 The Teaser: The teaser shows the Maestro sitting on a throne, atop a pile of superhero artifacts. The artifacts are likely a reference to Rick Jones’ collection of superhero relics, thought Maestro only encountered them during the events of Future Imperfect, leaving the timing of the timeline’s merging with Battleworld in question.

In the Battleworld preview video, we see that Planet Hulk takes up almost the entirety of Battleworld’s northern cap, with one small region carved out for Future Imperfect. It seems possible that the entire area is overrun with Hulks, and that the Maestro is ruling over a particular region of it, likely from his city of Dystopia.