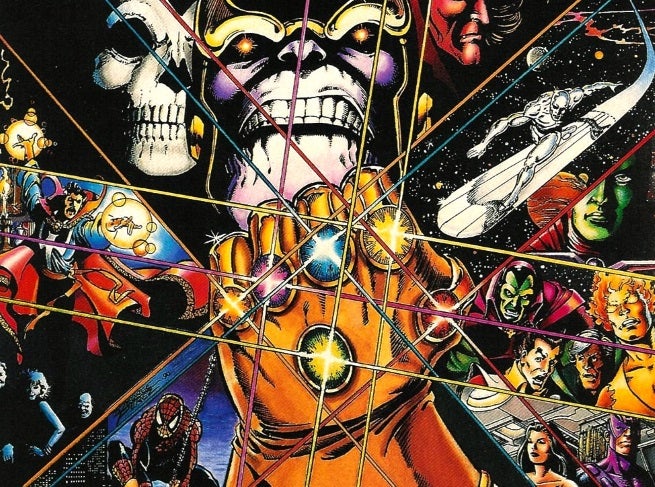 To get you up to speed and excited for the events, we’ve prepared a series of articles breaking down the events that were teased so that you’ll be ready to revisit them next summer. Today, we look at what many consider to be the biggest Marvel event of them all:

What Was It? The Mad Titan, Thanos, really has a thing for Mistress Death. In order to impress her, he agreed to wipe out half of all life in the universe. Instead, he came back with the Infinity Gauntlet, adorned with all six Infinity Gems, and claimed absolute power. Death wasn’t amused, but nevertheless, Thanos continued to try to woo her by wiping out half of all life. In response, Adam Warlock returned from Soulworld to round up what was left of Earth’s Mightiest Heroes and try to stop Thanos.

Was It Any Good? There’s a very good argument for The Infinity Gauntlet being Marvel’s best event ever. Writer Jim Starlin and artists George Perez and Ron Lim really knock the epic nature of the event out of the park, and the way that Thanos finally loses his power – through his own hubris and his wretched granddaughter, Nebula - is practically Shakespearean. In the series’ final issue, Adam Warlock takes action in a way that makes you wonder why he didn’t just do that in the first place, but otherwise, The Infinity Gauntlet is Marvel at its grandest. 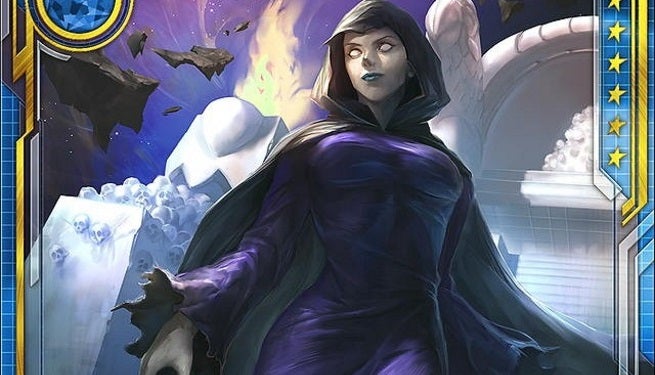 Lasting Consequences: The Infinity Gauntlet had two sequels: The Infinity War, that saw the rebirth of Adam Warlock’s evil alter ego, Magus, and The Infinity Crusade, which saw Warlock’s benevolent side, The Goddess, use the power of 30 Cosmic Cubes to create a Cosmic Egg. 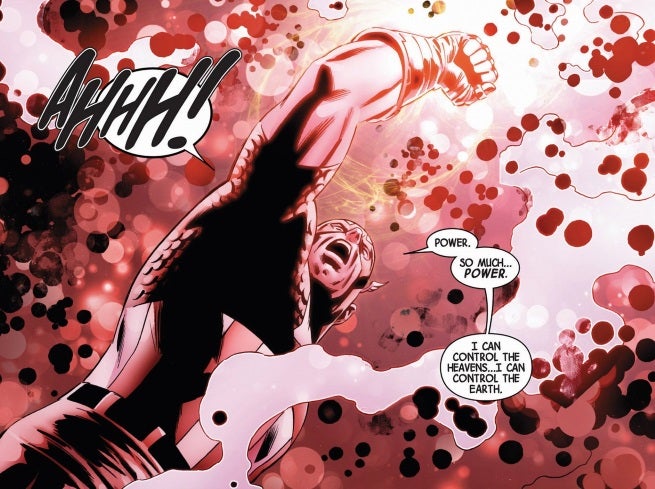 The Infinity Gauntlet itself, and the gems that go with it, have become a core aspect of Marvel’s mythology. When the Infinity Gems were finally stripped from Warlock, they were eventually gathered by Mister Fantastic, to be safeguarded by the Illuminati. The Illuminati reassembled the Infinity Gauntlet, and Captain America used it to prevent the first incursion event, but the Gauntlet and all gems except the Time Gem were destroyed in the process. 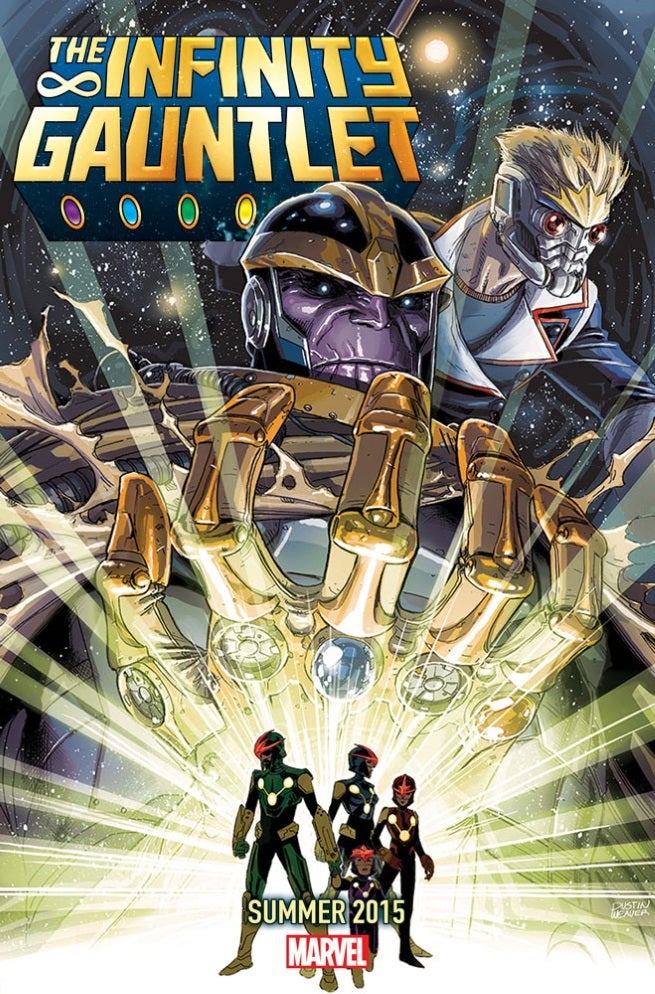 The Teaser: This teaser is an interesting one. Thanos seems to have the Gauntlet, but it does not have all the gems. We can also see Star-Lord and what looks like a family of Nova Corpsmen. Perhaps Infinity Gauntlet #1 will take place in a reality where Thanos is still looking for the Gems, and the Nova Corps and Star-Lord are fighting to stop him.