It's your typical success story: A fighting video game based on comic book characters in an alternate universe becomes a huge hit, supported by and supporting a digital-first comic to international acclaim.

Either way, that's the real story of Injustice: Gods Among Us, DC Comics' digital-first series that kicks back off today with Year 4 of the storyline. With nearly a decade of built-in time between the inciting incident and the events of the game, there's a lot of story to tell, and after a couple of years with writer Tom Taylor, Brian Buccellato has taken the reins on this story of Superman's reign. After a magical third season of the series, it's time to get even bigger, with the gods of old. We talked with the writer about how he's tackling the ever-increasing challenge and why gods are a natural fit to this game and comic's world.

Brian, you took on a reality fraught with danger and somehow made it worse in Year 3, with magic presenting an even bigger threat than Superman. How do you follow up a bombastic fight between cosmic-level forces in an alternate dimension?

Brian Buccellato: With Gods. Lots of Gods. Cause, honestly, how else could I equal all the cosmic craziness?

The tendency with this type of story is to elevate, elevate, elevate. It's what Manga fans know as the Shonen problem, as power levels increases, threats have to as well, until every fight has the universe in the balance. The thing that makes Injustice so compelling, though, is the deeply personal struggle between Batman and Superman – how do you balance that?

BB: I think you have to bring it back to the people involved. The characters on both sides have to have humanity and feel the ramifications of all of the fights and power and pain that happens. It's ironic that a series based on a fighting game has been such a huge hit BECAUSE of all of the emotional moments that bind the flying fists and bone-crunching violence. Tom Taylor did a tremendous job making us CARE what happens to everyone on both sides of the struggle. And what I've tried to do is take the baton and continue what he did so well for two and a half years. At the end of the day, it's what happens before and after the punches are thrown that make something resonate… I balance it by remembering that with every creative choice I make.

So, we've seen the initial conflict, then we saw the Guardians and the human players getting a super-powered boost; magic ruled year three, and year four's new players are nothing short of godly. What led you to bring in the Greek gods, and what approach are they taking to this conflict?

BB: It was a moment in year three involving Hippolyta and Hera that was the genesis of year four being about the Greek Gods. I happen to love Greek mythology, and I saw an opportunity that came about organically within the story I was telling. And let's be honest… bringing GODS into Inustice: Gods Among Us just sounds cool. J As far as what approach I am taking with them, I am using Wonder Woman and Ares as the launching point for what the Gods can do. 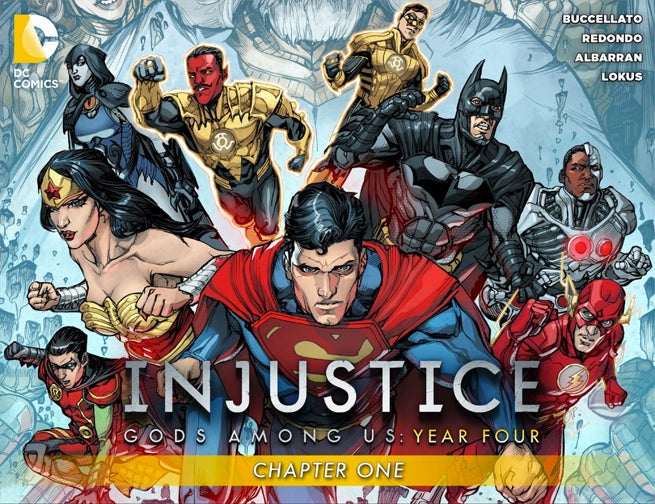 It's been interesting to see Superman so utterly unwavering in his conviction. Where does he get that from? How can he not be seeing the tyrannical awfulness of his actions?

BB: I think he is beyond the ability to see himself objectively. He began his life as the last son of Krypton. An orphan. An alien in a strange land. And he took those deficits and made them fuel to become the greatest hero on Earth. But even with all of his powers – the power of a God – he couldn't prevent the tragedy that launched the series. I think that ALL of these things put together have him so twisted inside that he CAN'T see anything but the pain. And that pain makes him lash out and want to control EVERYTHING. He doesn't see himself as a villain or a hero… I think he sees himself as the sacrificial figure who will make everyone else safe. It's twisted, it's messianic, but it has a logic to it.

You came into this universe mid-swing; what characters have surprised you compared to their New 52 or classic counterparts?

BB: I've never had the opportunity to write Wonder Woman before this… so from a creative standpoint, she surprised me the most. There is something so noble and forthright about her that I was immediately drawn to her. In some ways she is superior to Superman because she has no weakness and doesn't have all of the emotional deficits that he does. I don't know how much this differs from her new52 or classic counterpart, but it SHE was the character I latched on to. She seems stronger and has more conviction in Injustice than she does in the New 52.

Conversely, which characters do you think make perfect sense, when it comes to how they're acting in the Injustice world?

BB: I have to go with Superman, for all the reasons I stated. Honestly, they ALL make sense to me. Tom set the table in such a way that they ALL ring true. 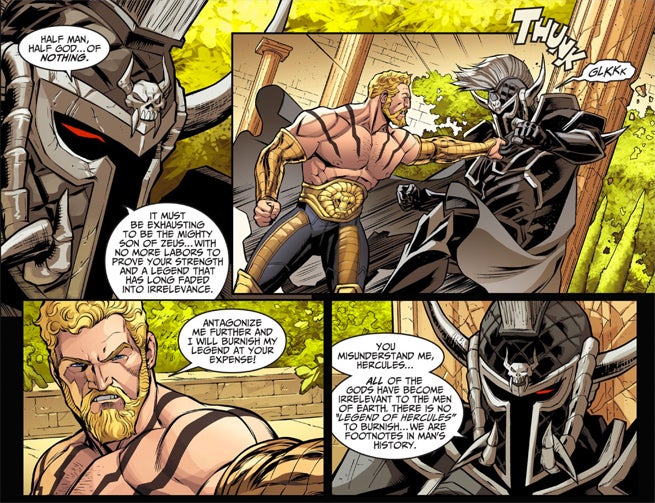 We saw the Injustice world seemingly get destroyed in Convergence, in a scene that took place after the events of the game; is there any direct looming threat there that you have to deal with, seeing as the comic still takes place before the game?

BB: Honestly, that's it's own thing and has no bearing on what I'm doing. The Convergence scene takes place after the conclusion of the story in the game.

We've got five years before we catch up to the game continuity and that's our focus.

This is based on a fighting game – what are some of the crazy matchups fans can look forward to for year four?

BB: Within the first five chapters, Superman will get into TWO unexpected fights that have unexpected results. The first is Montoya… the second is something you will have to wait for. J

You know I like to leave on a tease of your choice, so what's one scene in the first couple of chapters of this year that you're especially excited for fans to see?

BB: Harley takes a keen interest in Shazam, and decides to do something about it. It's one of the lighter moments that will hopefully make people smile. She also blurts out something at a VERY tense stand off, that I think is kind of a hilarious film reference.

Brian Buccellato Gets Godly With Injustice: Gods Among Us Year 4