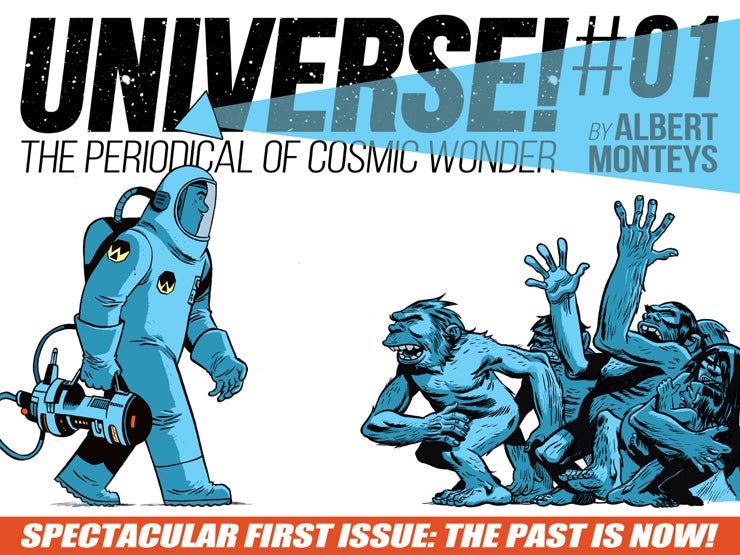 Universe! comes from Albert Monteys, the award-winning Spanish cartoonist, best known for his work in the weekly satire magazine El Jueves. Panel Syndicate describes Universe! as “a series of self-contained and yet, somehow connected sci-fi tales.”

Universe! is the second title offered by Panel Syndicate, following Vaughan and Martin’s own The Private Eye. As with The Private Eye, Universe! is offered in DRM-free PDF, CBR, and CBZ formats, on a pay-what-you-want basis. The comics are created in landscape format, optimizing them for reading on tablet devices and computer monitors.