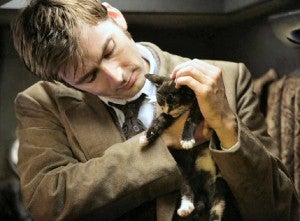 David Tennant, the former star of Doctor Who and the British crime drama Broadchurch, will reprise his role in Fox's U.S. remake of Broadchurch.

The series will star Tennant as an American detective who is the lead investigator in a murder case that puts a small town under scrutiny. Like the original, the show will follow the tragic and mysterious death of a young boy found dead on an idyllic beach surrounded by rocks and a jutting cliff-face, from where he may have fallen. Reports Deadline, "Although his cause of death remains unsolved, the picturesque seaside town where the tragedy occurred is at the heart of a major police investigation and a nationwide media frenzy."

Dan Futterman and Anya Epstein have signed on as executive producers and showrunners. The series is scheduled to begin filming in January and should debut during the 2014-2015 season.