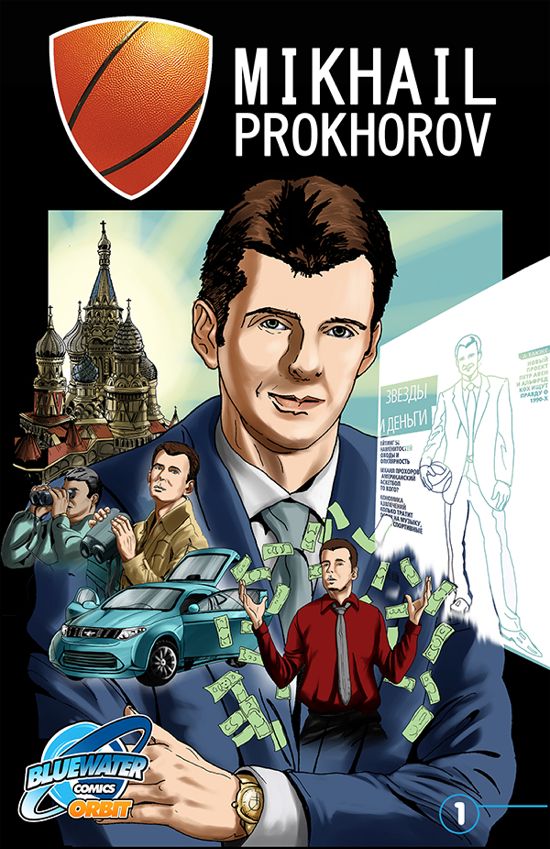 Orbit: Mikhail Prokhorov will tell the Brooklyn Nets’ owners life story in a comic book format. According to Bluewater Productions, “As a leading industrialist in Russia's precious metals sector, Mikhail Prokhorov quickly rose to become the 7th richest man in the country. He ran against the mighty Vladimir Putin in the 2012 presidential elections, and purchased the NBA team the Nets, moving the former Garden Staters to Brooklyn this year. As the center of his fair share of controversies over the years, the Russian billionaire has become one of the most talked about figures in Europe and beyond.”

Orbit: Mikhail Prokhorov will be written by Tony Laplume with artwork by Miky Ruiz. The bio comic is the latest in Bluewater Production’s popular “Orbit” biography series, which focuses on influential business people, athletes, authors, musicians, and public figures in the world.

Orbit: Mikhail Prokhorov was released today and is available in print exclusively from Comic Flea Market. Digital copies for Nook, Kindle, and iPad can be ordered from iTunes, Amazon, Barnes and Noble, and more.