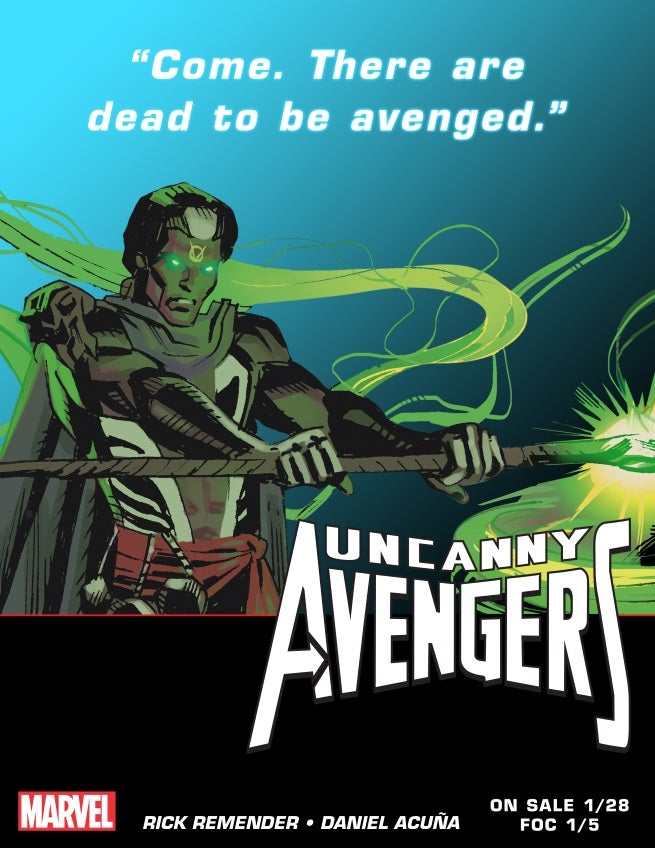 Marvel Comics has released another in their series of teasers leading up to the release of Uncanny Avengers #1, in January.

This teaser features Brother Voodoo, the former Sorcerer Supreme, who is eager to avenge the dead. Previous teasers have featured his teammates Quicksilver and the Scarlet Witch.

Uncanny Avengers #1 will mark the post-AXIS relaunch of the title that was the flagship book for Marvel NOW! when it was announced. The new series will feature a new lineup for the Avengers Unity Squad, which includes previous members Scarlet Witch and Rogue, and new members like Quicksilver and the still inverted Sabretooth. Writer Rick Remender is joined by artist Daniel Acuna as the creative team.

Brother Voodoo Plans To Avenge The Dead In New Teaser