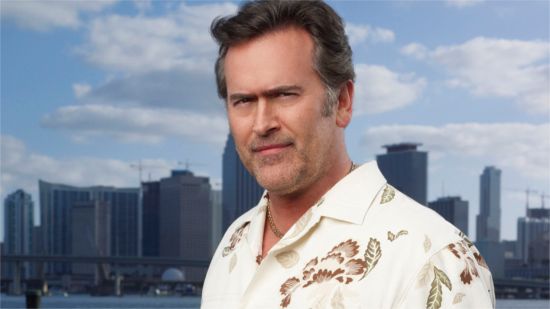 With Burn Notice coming to an end with its seventh season, many have wondered if there might be another TV show in Bruce Campbell's future. During the Wizard World Nashville Comic Con, Campbell was asked if Sam Axe, his character from Burn Notice, might be getting his own series. "There are no official plans," said Campbell. "I am developing a new show for USA, however." Campbell added, "But develop is a very nebulous Hollywood word. It doesn't mean anything. It means they give you a little teeny bit of money until they figure out what they might want to do with you. So we'll see."