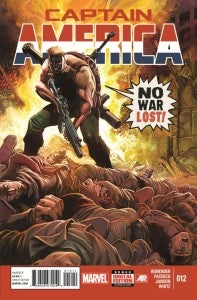 Still reeling from the catastrophic loss at the end of the Dimension X story, Captain Americais back in the Marvel Universe proper finally as Rick Remender and Carlos Pacheco pit him against Nuke. You can check out the cover at right, and the preview pages and solicitation text below. This October, Nuke is on the warpath – and it's up to Captain America to stop him as Loose Nuke continues in Captain America #12! From the blockbuster creative team of Rick Remender and Carlos Pacheco – it's an all-out brawl between Super Soldiers as Nuke & Captain America come head-to-head! It's a showdown for the ages, and you'll never guess which flag-wearing Weapon Plus alumni comes out on top! Don't miss Captain America #12 for the answer! CAPTAIN AMERICA #12 (AUG130814) Written by RICK REMENDER Art & Cover by CARLOS PACHECO FOC – 9/16/2013, On-Sale – 10/9/2013 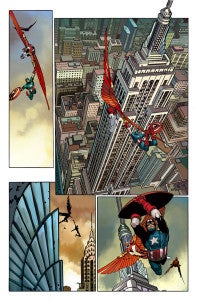 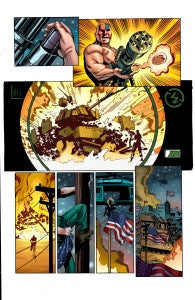 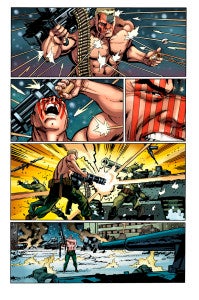