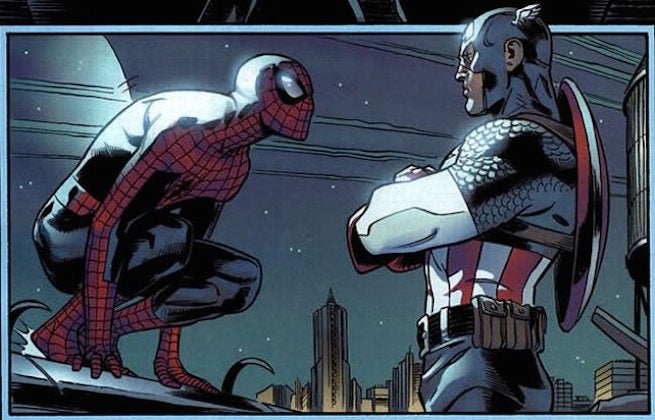 The emails leaked through the recent hack revealed that Sony was considering their options in terms of licensing Spider-Man to Marvel for third Captain Americamovie as well as possibly a solo film in the Marvel Cinematic Universe.

Although Spidey may not have a featured role in the upcoming super soldier, there is the possibility that he may appear in a post credits, Faraci states.

Following the events of The Age of Ultron, the collective governments of the world pass an act designed to regulate all superhuman activity. This polarizes opinion amongst the Avengers, cause two factions that side with Iron Man (pro registration) or side with Captain America (anti registration) which causes an epic conflict between former allies.

Sources close to the film state that Winter Soldier is reportedly central to the third film and that there have been hints planted through the Marvel movies. A strong theory is that Steve Roger's best friend may have murdered Tony Stark's parents thus setting the stage for a major confrontation between the two Avengers.

Captain America: Civil War Will Reportedly Go Ahead Without Spider-Man