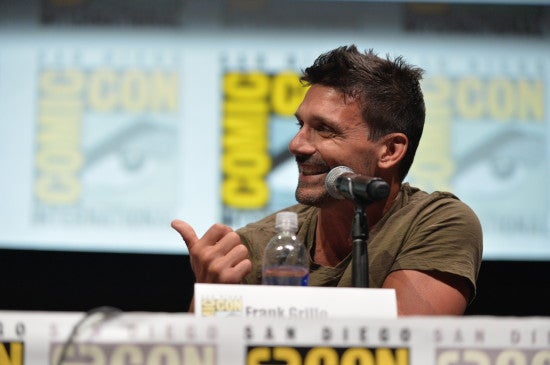 Frank Grillo, who stars as Crossbones in the forthcoming Marvel Studios sequel Captain America: The Winter Soldier, has reportedly passed on the opportunity to play Christian Grey's bodyguard in Fifty Shades of Grey and its presumptive sequels, Ace Showbiz reports.

The film is having a bit of a harder time getting off the ground than producers have expected; original star Charlie Hunnam bailed on the project after reportedly being unable to resolve script and stylistic disagreements with filmmaker Sam Taylor-Wood. He's reportedly since been replaced by Jamie Dornan, but along with the part Grillo turned down, there's at least one more role yet to be cast.

That's because The Dark Knight Rises actress Juno Temple apparently declined the chance to play Anastasia's best friend, according to the same report.

With a Captain America villain and a Batman supporting character rejecting Taylor-Wood, how long before she asks her husband--Kick-Ass star Aaron Taylor-Johnson--for help?

Captain America: The Winter Solder and The Dark Knight Rises Stars Pass on 50 Shades of Grey