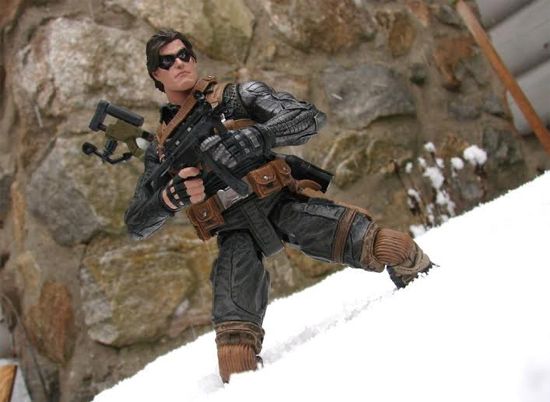 The photos highlight Captain America'’s mysterious foe, the Winter Soldier. The figure is being released in brick-and-mortar Disney Stores across North America, (as well as on DisneyStore.com and MarvelStore.com) as an exclusive Marvel Select figure from Diamond Select Toys. The 7-inch figure is sculpted by Jean St. Jean and has 16 points of articulation, and comes with a pistol, machine gun and sniper rifle, as well as a shattered window display base. 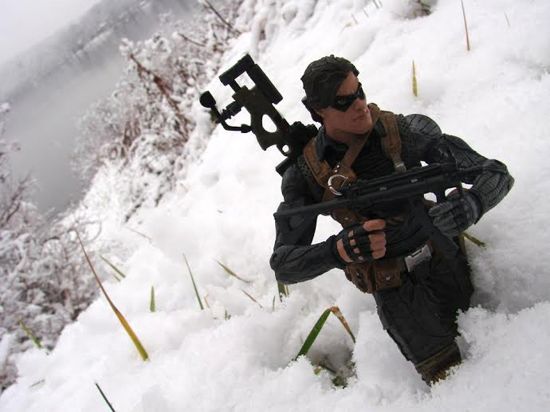 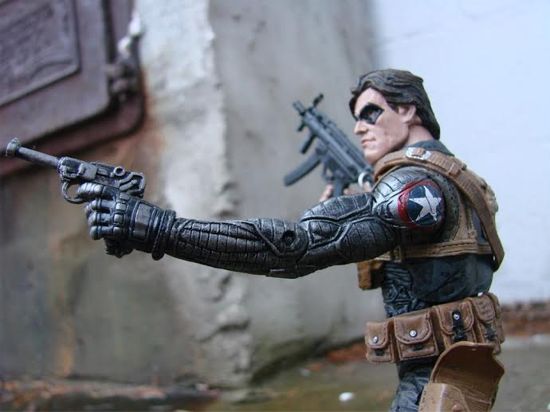 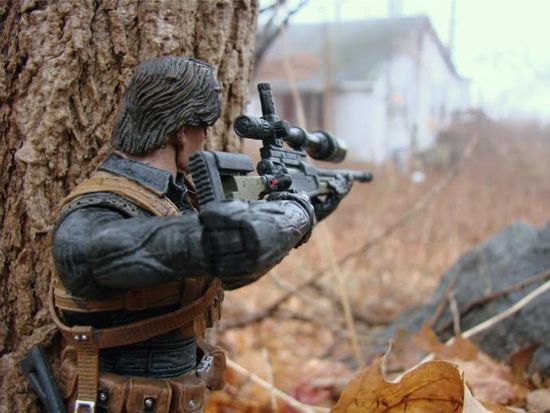 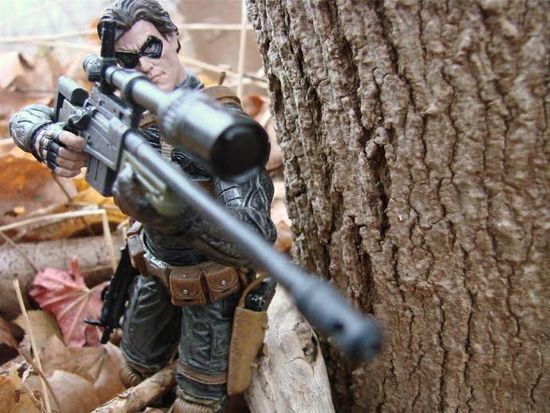 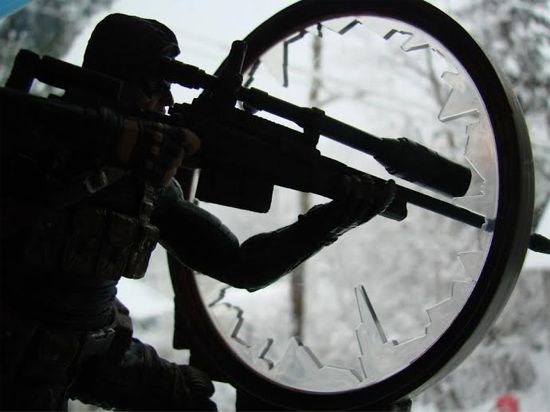 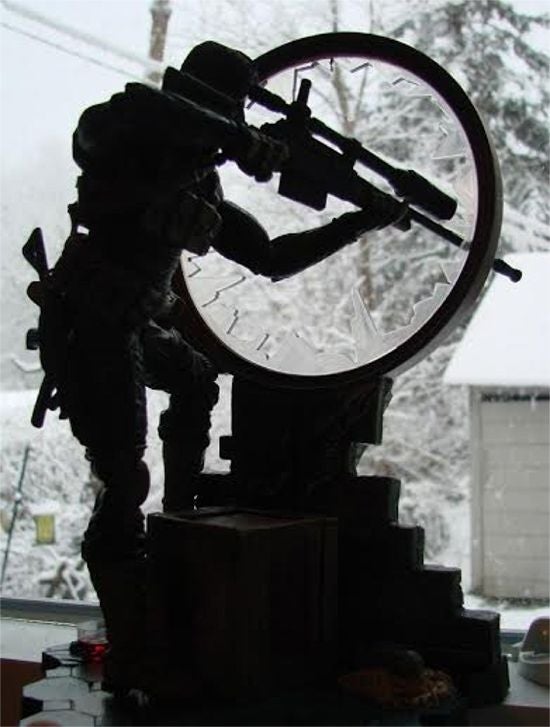 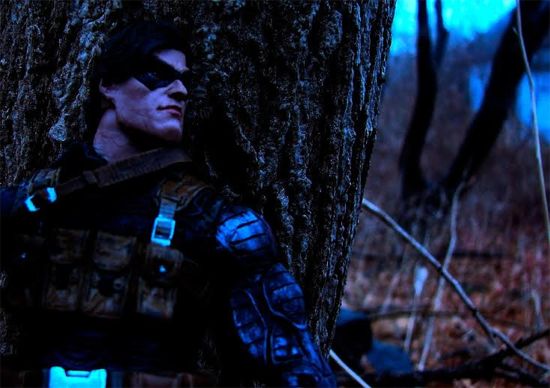 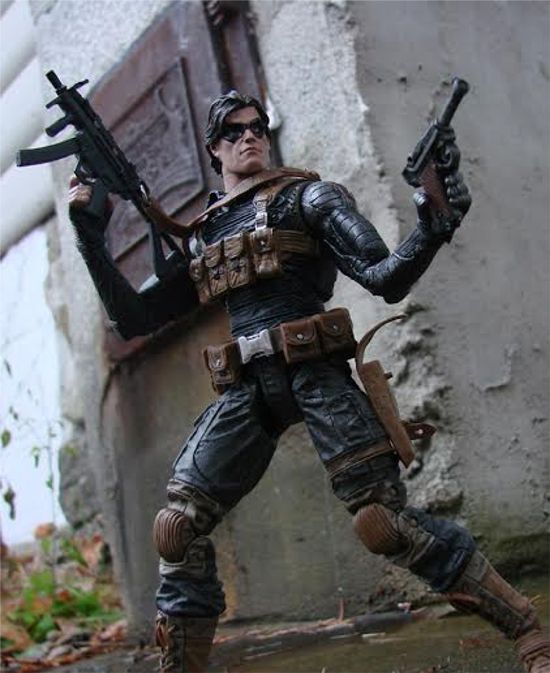