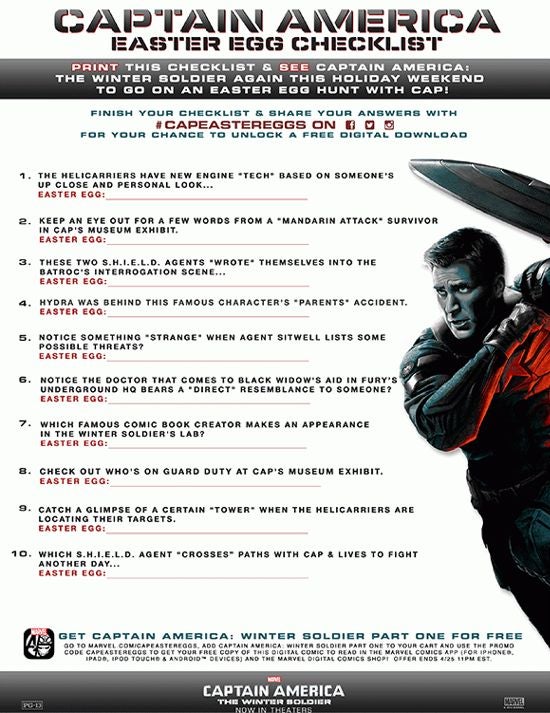 In honor of Easter weekend, Marvel is doing a Captain America Easter Egg checklist based on scenes in Captain America: The Winter Soldier. Fans just need to complete the checklist above and share their answers on social media, using the hashtag #CAPEASTEREGGS

By sharing their answers on the checklist, fans have a chance to unlock a free digital download. If you’re struggling with any of the questions, we’ve included a list of what we think the answers are to help our readers out. Obviously, if you haven’t seen Captain America: The Winter Solider yet, spoilers follow. Of course, by now, most of our readers probably should have seen the film at least twice.

1. The Helicarriers have new engine “tech based on someone’s up close and personal look…. Easter Egg: Tony Stark

2. Keep an eye out for a few words from a “Mandarin Attack” survivor in Cap’s museum exhibit. Easter Egg: President Matthew Ellis

9. Catch a glimpse of a certain “tower” when the helicarriers are locating their targets. Easter Egg: Avengers Tower