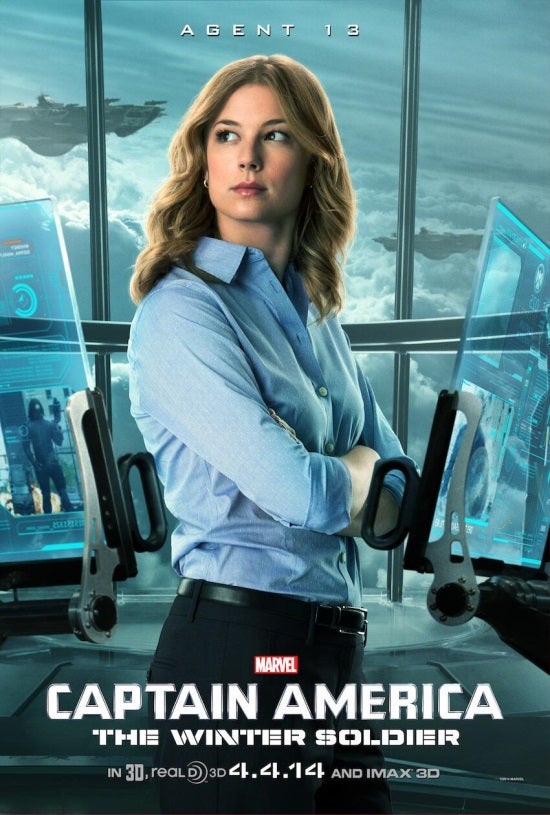 Marvel has released a new character poster for Captain America: The Winter Soldier.

In the comics, Agent 13 is the niece of Agent Peggy Carter and an Agent of S.H.I.E.L.D. who becomes a love interest for Captain America. We'll see how far their relationship extends in the Marvel Cinematic Universe.