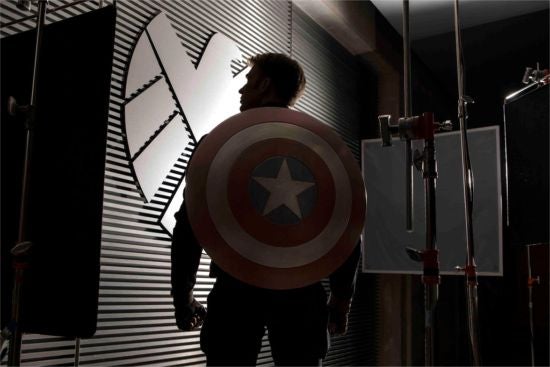 One thing that Marvel has made very clear about the upcoming Captain America: The Winter Soldier movie is that it will be a very different movie than the first Captain America movie. In numerous interviews, Marvel Studios executives have compared Captain America: The Winter Soldier to a seventies thriller, similar in tone of Three Days of the Condor. In fact, Marvel Studios even recruited Robert Redford, who starred in Three Days of the Condor, to play a S.H.I.E.L.D. leader in the film.

Even though Captain America: The Winder Soldier might have that seventies thriller tone, it is very much set in the modern day and deals with current day issues. In a new interview in the 2014 Movie Preview issue of Empire Magazine, which was released on newsstands today, the screenwriters, directors, and stars for Captain America: The Winter Solider draw comparisons between several current events and the plot line of the film.

According to the report, S.H.I.E.L.D. will be using drones for surveillance, and the recent Edward Snowden revelations will also make the movie appear very timely. In fact, co-screenwriter Christopher Markus said, “I just hope people know how long these things take. You know, we didn’t just rip this from last week’s papers.”

In describing his character, star Chris Evans also drew comparison to modern day controversies. Evans said, “For everybody else, it’s been a slow burn to get to where we are in 2014. But for him, suddenly there’s the internet, cellphones, and The Patriot Act. The technology’s new to him and so is the access the government has to that technology.”

Referring specifically to drones, co-director Anthony Russo said, “Now, again with the proliferation of social media, you can blow the whistle on the NSA and it can be round the world in 30 seconds. And we have the morality of drones. Is it right to preemptively use them to kill suspected terrorists prior to any sort of trial? So the times we’re living in are even more complex.”

Captain America: The Winter Soldier To Deal With Drone Controversy