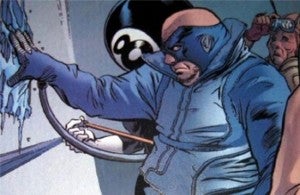 Marvel Studios certainly comes up with some interesting working titles for their movies. As reported earlier by Comicbook.com, Iron Man 3 was filmed initially under the code name Caged Heat, which was later changed to just Caged. No one ever figured out exactly what the working title was supposed to signify. There was a lot of speculation that it could refer to Luke Cage, but there has been zero indication at all from the Iron Man 3 production that Power Man will make any sort of appearance in Iron Man 3.

Captain America: The Winter Soldier To Have Working Title Freezerburn