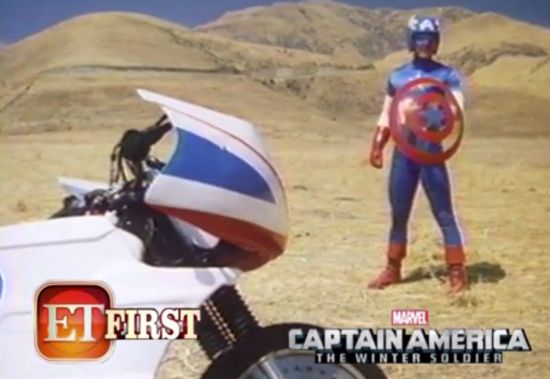 On Monday night’s CONAN show, Conan O’Brien unveiled yet another new trailer for the upcoming Captain America: The Winter Soldier movie. In introducing the trailer, Conan said, “The big Captain America sequel is going to be coming out. It’s not going to be coming out until sometime early next year. But I was excited, because I’m a fan. I thought the first one was terrific.”