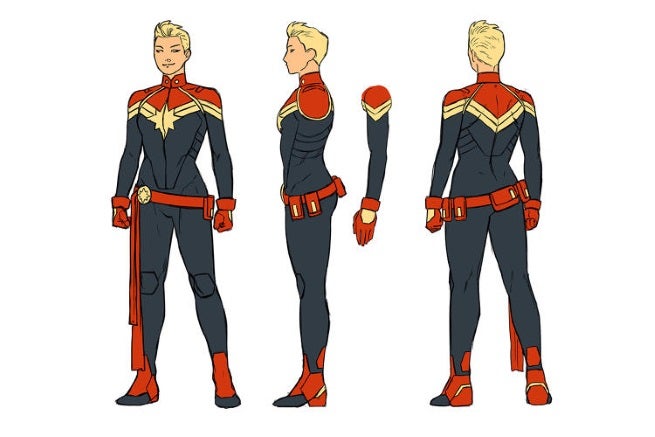 "This is really meant to be the next level for Captain Marvel," says series editor Sana Amanat. "Carol is really meant to be a soldier and a commander, and also a diplomat. We're really trying to build up this space complex and this space world. You'll really feel like there's an extension of the Avengers world into space, but not necessarily lost out in the Guardians of the Galaxy cosmos. It's rooted in Earth but also an extension into the galaxy."

Butters and Fazekas brought Agent Peggy Carter to ABC for her 8-episode first season in 2015, and are readying her return in Season 2. They'll be taking the reins of Carol Danvers' adventuresfrom Kelly Sue DeConnick, who has written the character since she took over the mantle of Captain Marvel in 2012.

Anka has been working as part of the art team on the Marvel Now iteration of Uncanny X-Men, helping writer Brian Michael Bendis tell stories such as "The Last Will and Testament of Charles Xavier."

As with yesterday's Doctor Strange announcement, and Marvel Now's Guardians of the Galaxy before that, the new Captain Marvel assigns a high-profile team to one of Marvel Studios' in-development films, with the Captain Marvel movie slated for a 2018 release.