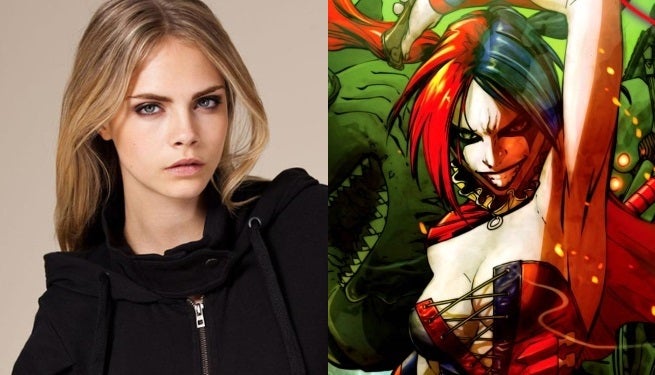 The Latino Review is reporting a rumor that English model and singer Cara Delevingne is being considered for a role in the upcoming Suicide Squad movie.

The report is unsure of what role Delevingne is being considered for, so it could be something minor, but it does note that she looks the part of Harley Quinn.

Don’t buy it? Check out this Instagram image that Delevingne herself posted, with the status “Dress up time!!”

This is just the latest rumor swirling around concerning the Suicide Squad movie. The only things we know about the movie for sure is that it’s directed by David Ayer, and will hit movie screens in 2016.

Beyond that, there are rumors that Tom Hardy, Will Smith, Ryan Gosling, and Margot Robbie are all being considered for roles in the film, while another rumor posits that Jesse Eisenberg will reprise his role as Lex Luthor for the film.

Cara Delevingne Rumored To Be Up For Suicide Squad, Maybe Harley Quinn?