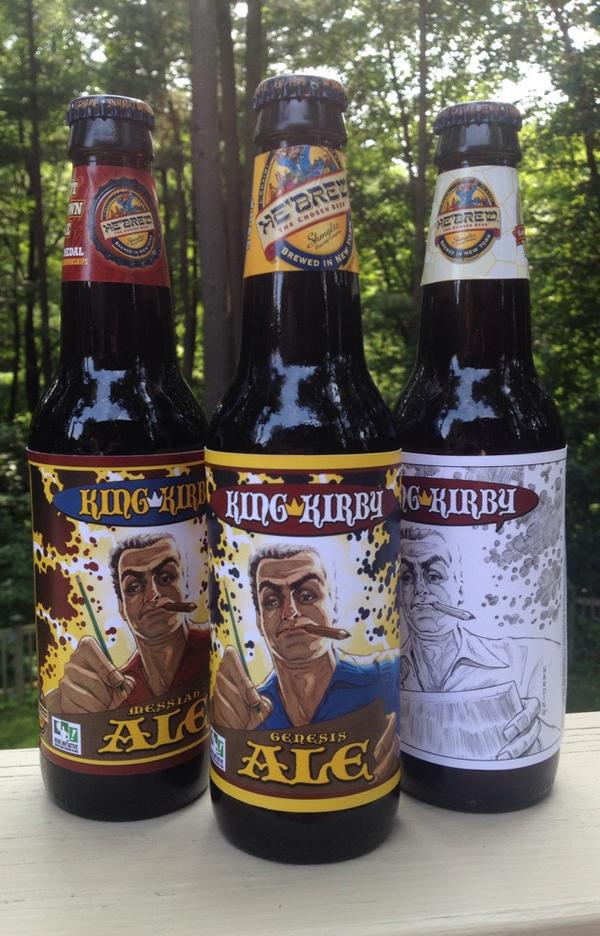 Legendary comics creator Jack Kirby's birthday is being used as an opportunity to raise funds for comic book creators in financial distress.

In Clifton Park, New York (just outside of Albany), Shmaltz Brewery has created some custom beers to celebrate the birthday of Jack "King" Kirby, who co-created numerous key Marvel Comics characters including Captain America, The Fantastic Four, The Incredible Hulk and Marvel's take on the Norse thunder god Thor. He would go on to create just as many beloved characters for DC Comics, including Darkseid and the New Gods, Kamandi and more.

The beers will be among the features at a birthday celebration for Kirby on August 28, with funds raised going to the Hero Initiative, which provides financial assistance to Golden and Silver Age comics creators in need.

Witchblade writer Ron Marz will be among those in attendance, and he sent along the website for the event, with the information below:

Jack Kirby's Birthday Party will be held at the Shmaltz Brewery at 6 Fairchild Square in Clifton Park , NY on Thursday, August 28th from 4pm to 8pm. Sponsored by Excellent Adventures Comics, and Comic Depot, and Shmaltz Brewery.

"KING KIRBY ALE" is a special edition label offered for the Jack Kirby Birthday party exclusively by Shmaltz brewery. Limited Edition cases will be on sale the night of the event. A percentage of the proceeds of the case sales will go to "Hero Initiative."

Attendees will be able to mingle with the guests and get comics and sketches signed.

Guests include: Ron Marz, Paul Harding, Tom Raney, with more to be confirmed.

Cost will be $20. each, and proceeds will go to the Hero Initiative.

Goblin Slayer and Overlord Creators to Team Up on New Series

Steve Martin Documentary in the Works