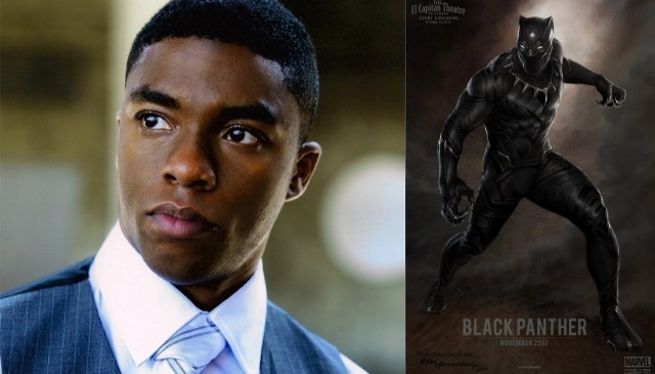 While Chadwick Boseman has yet to appear in a comic book movie, he was recently announced in the very important role of playing Marvel’s Black Panther. Boseman will appear as Black Panther in Captain America: Civil War, which is set to premiere in movie theaters on May 6, 2016.

Boseman will then star in a Black Panther movie, which is set to be released on November 3, 2017.

Before he became part of the Marvel Cinematic Universe, he won critical praise for starring in a number of other movies. Some of Boseman’s notable roles include playing Jackie Robinson in 42 and playing James Brown in Get On Up.